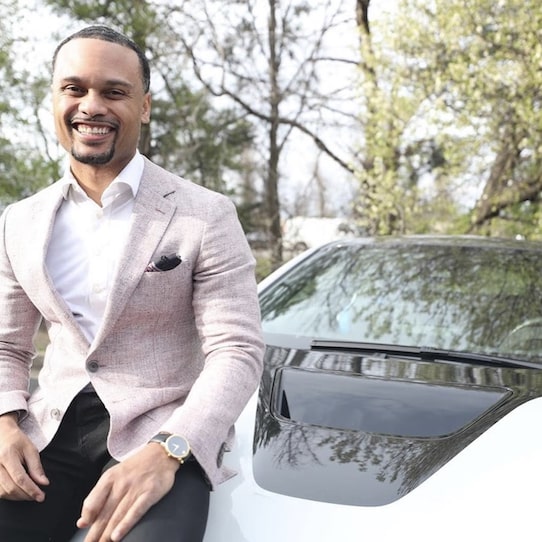 Juan Pablo acquired dozens of rental units using creative financing, and he did so in some of the most competitive markets, some of which are out of state. He now enjoys about six figures a year in passive income. You may have seen one of his ads on social media, as Juan now helps new and struggling real estate investors do the same. But instead of fighting for the scraps with single families, wholesales, and fix and flips, Juan’s gonna steer your towards the blue ocean of multi units.

“Many people are using the BRRRR strategy,” Juan says. “You know, buy, rehab, rent, refinance, repeat. They’re trying all these other real estate strategies in the single family game. But multi-units, they’re a blue ocean. Nobody can figure ’em out. So there’s no competition.” Multi-units also allow you to do deals anywhere, leverage creative financing, and tap into economies of scale. Think about it: it takes the same time to close a six-plex as it does a single family, but the latter will produce way more cash flow.

“But you must put the cart before the horse,” he continues. “Most people do it backwards. They find the deal and then try to find the money. Meaning, they’re reaching out to deal finders: real estate agents, wholesalers, or they’re reaching out to sellers directly, right? And then once they find a deal, and they lock it down, get it under contract, they then scramble around trying to raise capital. And then what if they don’t? Then what? Well, you lose all your credibility in the eyes of the deal finder. The agent, wholesaler, or seller directly.”

“So what you wanna do instead, is you wanna show them the money. Prior to getting it locked down under contract, you want to be able to show these deal finders your purchasing power. Because, with agents, especially, they’re commission only. They’re looking for a check. So you have to paint the picture in their mind that, ‘Hey, my mission, is your commission.’ And you know you do that by using scripts and so forth so that you’re able to paint that picture in their mind. And once you do that, they’ll find you deals all day long.”

Juan’s a big believer in focusing on one business model and duplicating what works. You want to train your deal finders to bring you only multi-units, that fit certain metrics, size, cost per door, and so on. From there, it’s all about the right market. You need cities with a high percentage of multi-units available. They must be affordable, decent, and able to produce predictable returns. Safe, low crime, good schools. And it’s a bonus if it happens to be an emerging market, like with new jobs opening up, for example. That way there’s more upside.

The next step is putting systems in place and building out your team. Actually becoming a real estate entrepreneur. Not a landlord. You don’t wanna be sweeping front porches and evicting tenants and coordinating repairs and all that stuff. Removing yourself from the day to day allows you to step back and see the bigger picture. Maybe you’ve got a five unit that’s cash flowing that you can legally turn into a seven unit. And yeah, you could trial and error your way through all of this, but just know, it’s gonna cost you a chunk of your time and money.

Or you could work with someone like Juan Pablo, who can help you get your model, your money, and your market right, and speed everything up. He and his team can show you exactly what to do, what pitfalls you must avoid at all costs, where to get money, which market to go into, and how to scale up quickly to reach your desired level of passive income. No mention of what it costs to join his 100 Percent Financed Academy, but I’m guessing it’s not cheap. They guy seems credible and hype-free, which I love.