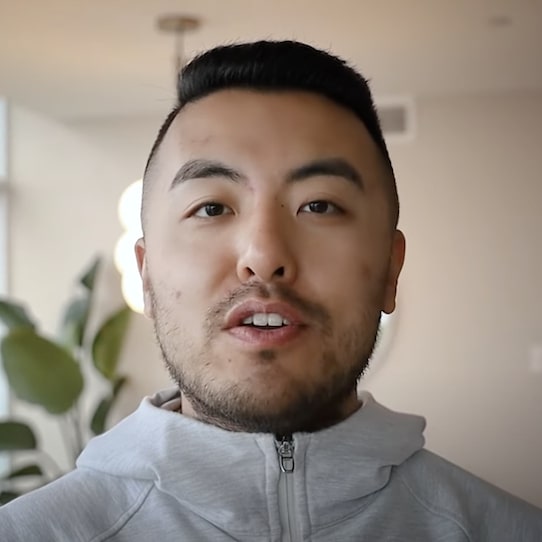 Tom Wang says it makes no difference whether you’re an Amazon newbie or an advanced seller, if you wanna move lots of products, one of the most important steps to get right is the sourcing process. There are three common mistakes he sees his FBA students making time after time. The Vancouver BC ecom entrepreneur says the biggest of the three is not contacting enough manufacturers. People go to Alibaba, they have a product in mind, and they contact the top three suppliers that pop up.

“There’s a few reasons why this is a bad idea,” Tom says. “How do you know you’re getting the best possible pricing if you’re only contacting three to five different manufacturers? If you contact five manufacturers, honestly, half of ’em won’t even reply to you because they’re so busy or they missed your email. So now you’re only dealing with two manufacturers and you just don’t have enough options to actually choose from. I tell my students to literally contact forty, fifty, sixty suppliers.”

“That way,” he continues, “when they reply back to you, you will actually learn more about the product itself, you’ll learn more about the manufacturers themselves, and more importantly you will actually get to see on a scale, what’s cheap, what’s middle, and what’s expensive. And what I mean by that is, once you contact so many manufacturers, they start giving you quotes, it’s very obvious to see who’s actually giving you the best price, who’s kind of in the middle, and who’s just gouging you.”

Sourcing slip up number two is going with a trading company instead of an actual manufacturer. Trading companies are middlemen. You’re better off going straight to the source and keeping the extra margin, right? So how do you tell the difference? Look at their photos on Alibaba. Do you see tools and machinery? Then they’re probably a manufacturer. If not, if they just show an office or a call center, you know it’s likely a trading company. Of course, if push comes to shove, you can always just ask ’em.

Not that trading companies aren’t without benefits. They usually offer lower minimum order quantities, which is nice. Their communication is typically better. Still, in the early stages of your Amazon FBA business, you need to fight for every penny of potential profit. Mistake three is not knowing how the product’s made. Tom gets it. You might not care. You just wanna make money. But he thinks it’s important to understand the details because it could help you uncover a marketing advantage.

What materials are they using? How does that affect the quality? Does it make it stronger and more durable, for example? If so, what enticing bullet point could you add to your listing? How does it affect weight? And what does that do to the shipping cost? And so on and so forth. Once you’re educated, you can use that information as leverage. You’re less likely to get scammed too. Bottom line, it’s not good enough to just shrug your shoulders, say you don’t know, and hope for the best.

“So that’s the three sourcing mistakes that I see people making all the time on their Amazon FBA business,” Tom says. “If you’re interested in learning more about Amazon FBA, I do have a course called FBA Masterclass you can check out. Or just subscribe to my YouTube channel if you wanna know if Amazon FBA is a viable business option for you or not.” Tom Wang sold his first FBA brand, Sdara Skincare, for multiple seven figures. He’s now in the process of building out his next brand.