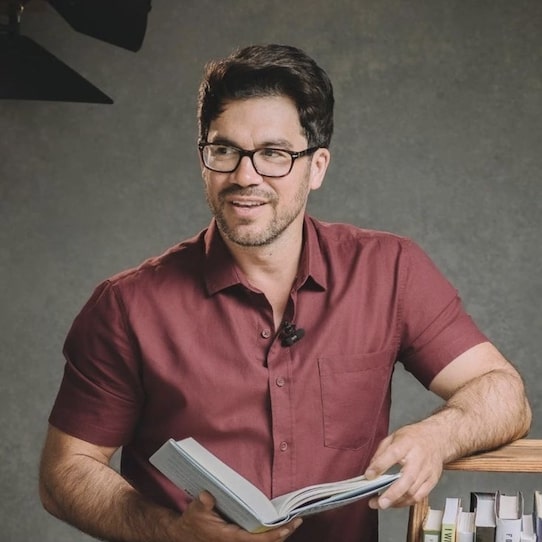 Tai Lopez has spent the last decade trying to research, study, and experiment his way to the good life. And money’s a big part of that, right? It’s interesting, Tai says, the 10 richest people are now worth more than the bottom 3 billion people combined. How’s that fair? It’s not. And yet, that trend’s only gonna get worse. The rich are only gonna get richer. So we can either cry about it and stay poor or we can educate ourselves and join them.

“If you’re under extreme financial pressure, listen to this,” Tai says. “I was forced to learn this the hard way ’cause I was born to a single mom. My dad was in prison when I was born. I was born in Long Beach, California. Spent my teenage years in a mobile home. And now, if you’ve seen my videos, you’ve seen I’ve been able to transform my life. Let me take you through the series of events that allowed that to happen. Because let’s be honest: your parents’ income is the biggest predictor of your income.”

“If you wanna break out of that tyranny,” Tai continues, “the tyranny of your birth, the tyranny of societal classes, the tyranny of not being financially independent, the tyranny of always living check to check? Let me share with you what I uncovered. Because I believe almost everybody can double their income; and quicker than you think. Not overnight, but it doesn’t have to take 20 years. You don’t wanna be the richest man in the graveyard. You don’t wanna have a Ferrari and a walker at the same time.”

So Tai’s first point is this. He had five millionaire mentors, right? And the first thing he noticed about all these guys is that they always caught trends early. Allan Nation used to tell Tai, “Tai, if you’re talking to your neighbor and you tell ’em your idea and they think it’s great? You’re too late. It’s too late to make money with that.” Point being, once something’s accepted by the masses, it’s no longer a new trend; and the only people still making money with it are the ones who got in early. So that’s what you have to do.

Second is, you gotta fix your bad mental habits. Again, this is stuff they don’t teach ya in school. When self-doubt and worry and cynicism and skepticism try to keep you from launching that business, you gotta be able to overcome that. Third is a principle called osmosis. You’re a sponge. So whatever you’re around’s gonna affect you, good or bad. Which is another way of saying: if you wanna be rich, you better find some rich friends and pay attention and begin to model what they do and don’t do, right?

“But I’ve got bad news too,” Tai admits. “If you don’t make a change, you’re gonna be stuck where you are a heck of a lot longer than you’d like. Ya know, people think life gets better as you get older. It gets worse. If you’re fat at 15, you could be really struggling with weight at 30. It’s harder at 30. Your metabolism slows down. It’s harder at 50, harder at 80. If you’re broke, growing up in childhood? The odds are against you. Or if you’re family’s middle class and you don’t wanna be stuck there? You need to change.”

So catch trends, overcome thoughts that don’t serve you, and be strategic in who you spend time with and thus learn from. To assist, Tai’s created the 5 Minute Mentor. Daily, snack-sized lessons about health, wealth, love, and happiness, straight from Mr. Here In My Garage himself. Cost? Just $1 for three days. Then, if you like it, it’s $5 a month or $42 a year. Cancel anytime. Expect lots and lots of upsells. I don’t hate it, but I just wonder if Tai’s too scatterbrained these days to put together a decent program.