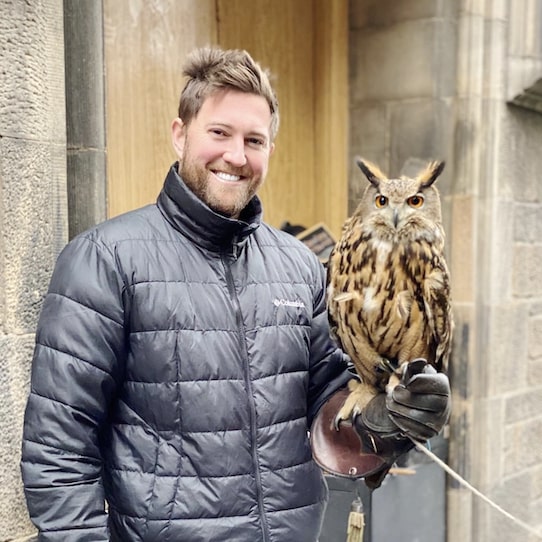 Ian Stanley is the founder of 90 Days To Freedom, a course on becoming an email marketer for other businesses. “Use the new economy to earn six figures this year, working less than four hours a day,” as the headline on his opt-in page reads. Anyways, here’s something he does with his emails to get more opens, clicks, and sales. “So in Hollywood they use something called open loops,” Ian says. “They use this in TV shows, movies, commercials.”

“The easiest way to explain it,” Ian continues, “is with the basic concept of an open loop, which is essentially a cliffhanger. So if you’re watching a TV show and it goes to commercial, they don’t just end the show and the whole story is over and you go, ‘Okay, I have no reason to keep watching.’ Basically, when they started having commercials on TV, they realized, right before that commercial, in order to keep people around you had to open some sort of loop, right?”

Yep, makes sense. So what’s the best way to use open loops with email marketing? Don’t overthink it; just use ’em, Ian says. If you’re sending an email out on a Friday, open a loop for something you’re gonna talk about when Monday rolls around. Maybe you’re writing emails for a CrossFit gym. You might say, “Did you know, there are three foods you never wanna eat before your WODs [that’s CrossFit for Workout of the Day]? Open Monday’s email to find out what they are and why they’re killing your performance.”

“This is one of the most useful things I can tell you,” Ian says. “This is the easy way to use open loops in an autoresponder [meaning, your emails that get sent out automatically when somebody opts in to your list]. So say you have a ten day autoresponder sequence. Instead of sitting down and storyboarding and trying to be clever, just write each email without even thinking about it. Get them done, look at ’em, and go, ‘Is there anything interesting like in email seven that I could hint at at the end of email six?’”

But this way you’re not overcomplicating it. Heck, sometimes it’s as simple as, you get to writing, and the words are flowing, and the email’s getting a little too long and so you chop it off and the cliffhanger literally becomes that. As in, “Look, this email’s getting too long. I’m gonna end here for today and pick up where I left off tomorrow.” And then, whaddya know, when tomorrow’s email hits their inbox, they have to open it because they’re already invested in the lesson or story or whatever you were talking about.

Good stuff. With growing deliverability issues and people’s fuse getting shorter and shorter for what they’ll put up with before unsubscribing, techniques like this are key to squeeze maximum money from an email list. Check out 90DTF.com for more of Ian’s tricks of the trade. Or, tap the link below to learn about our email-less internet business. Here’s a hint: we have buyers come to us by ranking ugly little websites (like this) at the top of Google.