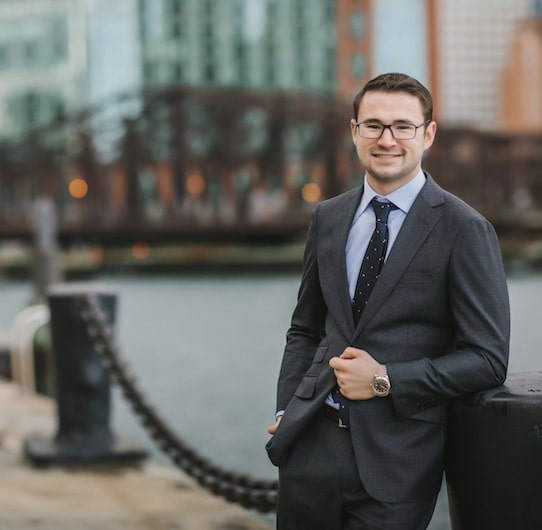 Aleric Heck can show you how to build a profitable YouTube channel in your spare time. One that could earn you as much as ten or even twenty K a month or more. You can grow it organically or speed up the process by spending just five or ten bucks a day on YouTube discovery ads; your choice. Either way, as your audience snowballs, you can profit at least seven different ways, according to Mr. Omnipresent. Read on for my AdOutreach review.

Even though Aleric is best known as the YouTube ads guy, he started out as a regular old YouTuber; and still has an active channel (AppFind) that routinely pulls in around fifteen Gs a month in pure profit. He spends less than two hours a week on the channel. His most popular video, at the time of writing this, is an iPhone 12 beginner’s guide. It’s gotten over a million views and made him roughly twenty-two thousand bucks so far.

The coolest part? He filmed that video over a year ago, hasn’t touched it since, and it’s still generating between a hundred and two hundred dollars a day, totally hands-free. Imagine making a video once and earning dividends on it for years to come. To drive the point home, Aleric shows another one of his videos, an overview of the Apple Watch he uploaded six years ago, that’s still making him nearly fifteen bucks a day. Pretty cool.

But it’s not just the ad impressions that make you money. In his video descriptions, Aleric drops affiliate links to the products he’s reviewing or demoing. The little commissions add up. You can always sell your own products or services as well. Some YouTubers sell courses, coaching, T-shirts, supplements, services, you name it. There’s brand deals, sponsorships, influencer marketing, JV deals. So many ways to monetize.

The key, Aleric explains, is to treat your YouTube channel like a business and not a hobby. Don’t just throw stuff against the wall and hope something sticks. Put a plan in place. Who is your ideal subscriber? What problem are you addressing for them? What’s your solution? What makes you unique? What are similar channels doing? What is your call to action? How can you profit off of your views in a way that benefits both parties?

From there, Aleric recommends you map out your content strategy. He gives his students a ninety day, five-by-five content template that helps them come up with twenty-five video ideas to get things going. Then, to grow the channel, you have to rank high in the YouTube search results, suggested videos, and/or spend a few bucks to cut right to the front of the line. Titles, thumbnails, keywords, watch time, etc., all factor into this.

Want Aleric’s assistance with all this and more? Book a YouTube channel strategy call with his AdOutreach team. At the end of that call, no doubt they’ll try to sell you a coaching program for five grand or so. And hey, if you want to be a YouTuber, it’s probably worth it. Granted, there are much bigger YouTubers out there who sell courses who you may prefer to learn from, but Aleric seems like a safe bet. Or, if you’d rather stay behind the camera, check out what we do. Click below.