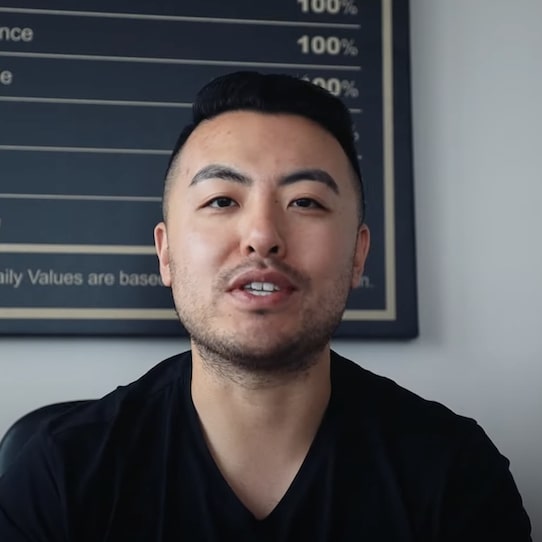 Amazon FBA guru Tom Wang says there are some major mistakes he sees beginners make time and time again. The first is dabbling versus deciding to go all in. A lot of people hear about Amazon FBA, think it sounds neat, decide to launch with maybe two hundred units “just to see if it works.” Well, Tom has news for ya: it does work and you can’t start out with just a couple hundred units. Why? ‘Cause, from the jump, Amazon sees that you’re low in stock.

Why would they move your listing to page one if you couldn’t even fulfill on the demand that that would bring? “That’s why I highly recommend all my students to start with a minimum of twelve hundred units,” Tom says. “This will allow you to actually do proper marketing, rank and bank, PPC, all that type of stuff. Don’t get into this business with two or three hundred units. If your budget doesn’t fit that amount, well, then you have no choice but to find another cheaper product.”

The second thing you need to be aware of, according to Tom, is this: do not launch a product on Amazon that is patented or where the brand name is trademarked. Unless, of course, you get permission from the patent slash trademark owner. But that’s A) unlikely and B) difficult to do. So just be careful, especially with your labeling, where it’s easy to accidentally call your product something you didn’t know was legally off limits. USPTO dot gov is where you’ll wanna go to do a thorough check.

Third, don’t try to sell something that falls into one of Amazon’s many restricted categories. For example, drugs, alcohol, and all sorts of different chemicals and pesticides are absolute no-nos. Five, you gotta make sure what you’re selling fits within the standard size range. If you’re over by even one-tenth of a percent, you’ll get bumped to the next packaging size, and then they’ll start dinging you extra for each unit you sell. As you can imagine, this really cuts into your profit margins.

What else? Tom says you need to know how to calculate your landed cost. This includes your cost of goods sold. But also things like packaging, insert cards, shipping, and don’t forget duties when your order enters into the U.S. en route to Amazon’s warehouse. In addition to that, it’s a good idea to use an FBA cash flow projection sheet. One that accounts for all the data, all the numbers, so you’re not guessing what your total expenses will be or how much you’ll be netting each month.

Last but not least, triple check with your Chinese supplier that you’re both on the same page when it comes to product expectations. Let them know there will be inspection before shipment. This does two things. One, it keeps them from cutting corners. Two, it helps you identify mistakes before your product makes its way to Amazon, which, at that point, would cost you a lot more time and money to fix. Wanna know more? Tom Wang sells a course called FBA Masterclass that retails for eight grand.