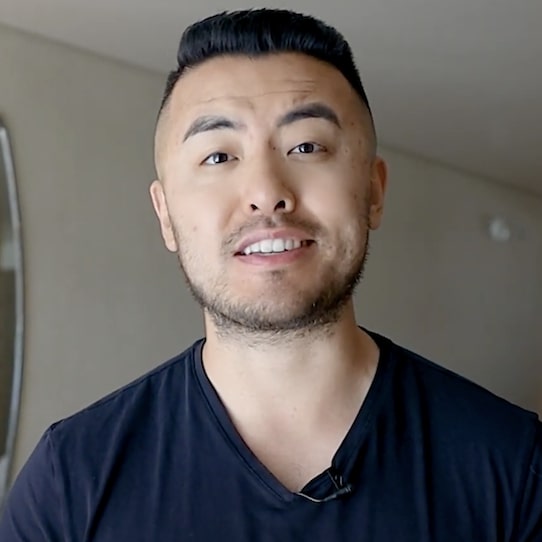 Tom Wang has an Amazon course called FBA Masterclass. More than four thousand students have enrolled at the time of writing this. Not only has this made him a ton of money, it’s given him the ability to see what’s working and what’s not, at scale. That said, there are three big mistakes he notices ninety-nine percent of FBA sellers making. The first is that they launch a “me too” product. Something totally generic. You could get away with this back in the day, but not anymore.

In today’s competitive landscape, you can’t just go on Alibaba, type in any ole product, and think you’re gonna sell it on Amazon without at least making an improvement to it. Not when there are literally hundreds, if not thousands, of the same product already being sold on Amazon. Many of which will be selling for cheaper than you can afford to go, with more reviews than you could ever hope to catch up to. So the question you need to be asking is: What makes my product different?

What kind of competitive advantage can you give yourself? In business you have to differentiate. Especially on Amazon. Especially going forward. So think about your users. What are they asking for? Actually, what are they complaining about in their reviews of the products that are already out there? For example, Tom has a dog and he’s always taking him on walks. His current leash gets wet and muddy and gross and smells bad, right? Well you could sell a rubber leash that’s more resistant to the elements.

Another example: Tom’s friend, John, built an eight figure supplement brand on Amazon, largely by taking popular supplements that came only in capsule or powder form and making them available as chewable gummies. He listened to the market. That’s why Tom always says, if you’re gonna go to the trouble of building a brand, it’s much easier if you yourself are a regular user of the product. If not, you can get away with it, but you’ll need to do way more due diligence.

The second deadly sin Tom sees the majority of FBA sellers making is they’re not calculating their margins and return on investment. He recommends his students aim for at least thirty-five percent profit margin, if not forty-five percent. In terms of ROI, if it’s not at least one hundred percent, you’re bound to run into cash flow problems. Aim for a hundred and fifty percent, just to be safe. This leaves room for error, unexpected fees, advertising costs going up, and whatever else comes along that costs you money.

Last but not least, the third thing FBAers mess up is they don’t have a launch strategy. They just list their product on Amazon, add a few pictures, some bullet points, and sort of hope for the best. They’re scared to spend money on pay per click ads because they’ve already poured so much into getting their product ready. Problem is, you gotta spend money to make money, Tom says. Again, Amazon, today, is too competitive. You’re not gonna just magically pop to page one and get free sales forever. You have to help it along.

No exposure, no sales. No sales, no reviews. No reviews, well, now you’re back to no sales. This is a cycle you don’t want to be in. Good news is, the opposite is true. If you spend money force-feeding your product to Amazon’s millions of shoppers, a positive feedback loop takes place. Think this through from day one. If you only have five grand to invest, total, you can’t blow all five grand on product; you have to leave yourself a marketing budget. Tom’s rule of thumb is fifty-fifty: spend half of your budget on product and save half for advertising.