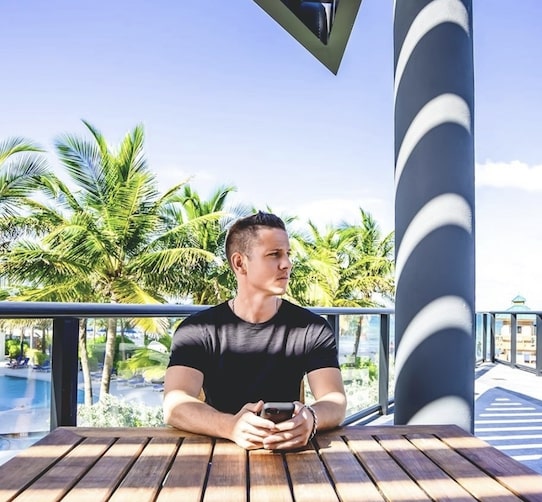 Kevin David is spending millions of dollars running ads promoting his AMZ DFY service. Clearly, it’s making him rich. Can it do the same for you? Odds are, no. And even if it made you a little money, it may not be worth it. Continue down this page to understand why.

Even though Kevin David is the face of AMZDFY, he has a partner in the business. His name is David Arnett. He claims he’s an eight figure Amazon seller. Together, they lead a team of people who will supposedly launch and scale an Amazon FBA business on your behalf. Specifically, they will find hot products. Source them for cheap. Buy in bulk. Store it in their own warehouses. Create listings on Amazon. Get sales rolling in. Then Amazon sort of takes it from there.

Why would they offer this in the first place? Why not just do more of it themselves? Kevin David answers that in his pitch video. He says it’s because Amazon only allows you one seller account. Since your store is typically built to serve one specific niche, this limits your ability to expand. AMZ DFY is the workaround, apparently. Which makes sense. But does it make cents for anyone other than Kevin David and David Arnett? Read on.

The AMZDFY ads I’ve seen call out anyone who has at least $10,000 in their bank account. So I assumed AMZDFY would cost exactly that: $10k. I was wrong. Depending on which level you join at, and by the time you pay for the entire first round of inventory (which may or may not sell), you’re looking at $40,000. Maybe more. And there’s no guarantee. For me, that’s a deal-breaker.

It gets worse though. Not only are you risking enough money to buy yourself an entry-level Mercedes, but if the turnkey Amazon store they build you does take off, guess what? Kevin David and David Arnett take 30% of each and every dollar that comes in. Now look. You may think that you getting the other 70% seems fair. But remember: you took 100% of the risk. Don’t you deserve 100% of the reward? Sure, they have to get paid for setting everything up. I could see a sizable up-front fee. Even an ongoing maintenance fee. But 30% of all upside? Forever? C’mon. In that case, just take your $40 grand to Vegas, put it on red, and get it over with.

Factor-in Amazon’s always-changing terms and conditions and, even if AMZ DFY delivers, you could get banned without warning if they make a misstep. Then what do you have to show for yourself? You’ve got no business. No customers. No data. No skills. No experience. And no backup plan. But Kevin David and David Arnett will be a-okay, won’t they? They’ve got all the above plus all your money. So I can see why they’re selling this. No matter what happens, they win. You, on the other hand? Can’t say the same.

I know what you’re thinking. If it’s such an evil offer, why do they have so many positive reviews? Ah, I’m glad you asked. If you look closely, you’ll notice many of their reviews have nothing to do with AMZDFY. They’re from other Kevin David programs. Courses, events, masterminds, etc. And the ones I read on Trustpilot appeared fake. Almost like they were written by virtual assistants in other countries. I’ve also heard Kevin David bribes his customers to say good things about him in order to unlock additional training. For these reasons, I wouldn’t put much weight into any AMZ DFY testimonials you see.