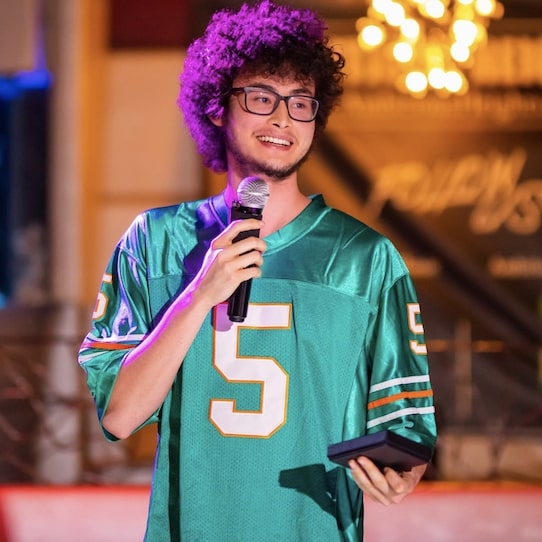 Just a few months ago, it seemed like everyone was getting rich off of ’em, right? You could buy from any of the big name NFT projects and flip ’em, almost instantly, for big bucks. But now the crypto market’s crashing and NFT prices are circling the drain. Will the entire NFT market collapse? Or can at least some of the projects (like the ones with real utility) make a comeback? Here’s some perspective from Sean Kelly, an 8-figure NFT entrepreneur.

When he was recently asked if there were still new opportunities for people to make money in the NFT space, Sean had this to say: “Absolutely. It’s all about taking your skill set from the Web 2 space, all the stuff you learned from ecommerce, and applying it to the Web 3 space. And I think, if you can do that, like how I did with marketing, then there’s ways to succeed, yeah. Now, in terms of buying NFTs in this bear market, I’ll buy them if I think I can get access to a really good community.”

“Like I just bought Jen’s Croquet Club [whatever that is]. I have a Mutant Ape, so if I see value in the community, I’ll buy it. I’m not a flipper though. So I actually never sell.” Another NFT bro, who’s done all right for himself, Luke Belmar, added his two cents: “I got into crypto in 2017. Bitcoin was I think $600. Any money I made from my job I’d go to the ATM, I’d deposit it to buy Bitcoin. Then I started buying NFTs super early. Pudgy Penguins, we bought the company. And here’s the message.”

Another NFT visionary, Luca Netz, chimes in: “Well I started with NFTs in the summer of 2021. That was right when things were starting to kick off. You know, it was Apes, Punks, and Penguins. And a couple of months ago, the opportunity came to acquire the Pudgy Penguins Collection [for a reported $2.5 million]. And I was like, ‘Look, my expertise is in branding and building companies and these Penguins are going to be big, so let’s just make it happen.’ I’ve been doing it for about a year now and I’m in love with the space.”

Luca estimates he’s personally made about $6.5 million, profit, just from trading NFTs. And then he’s holding another coupla million in NFTs that are obviously way down right now. But c’mon. NFTs are dead, or at least on life support, aren’t they? “Not really,” Luca says. “I got into collectibles about two and a half years ago during Covid, and I was collecting sports cards. I also had a sneaker store in Los Angeles. So I’m just a huge buyer and seller of things, right? NFTs and digital collectibles remove all of the friction of traditional collecting.”

“You know, if I bought a sports card and I spent maybe a half a million on sports cards, there’s insurance, there’s chances of getting it lost, waiting for PayPal for two weeks just to deposit the funds. Will somebody even buy it? The bid process. It’s just really archaic and prehistoric. And if it was an NFT, I could buy it and sell it instantly. No friction, no dealing with shipping. So if you believe in collecting anything, this is just a better way of doing it. Believe in the space. Understand it, learn it.”