Are The Beach Boss Influencers Legit? 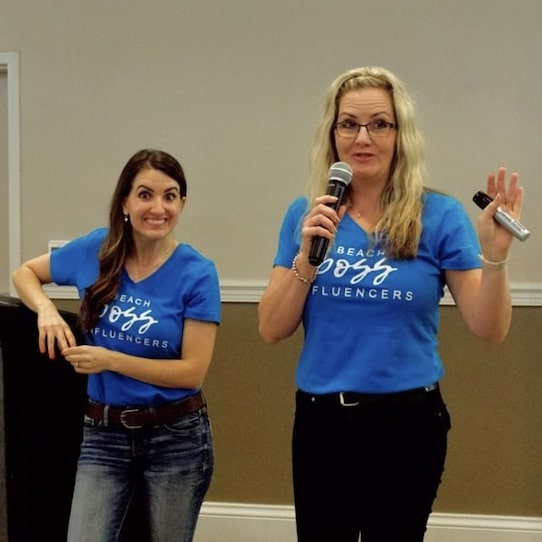 The Beach Boss Influencers are a group of five MLM mentors: Fran Loubser, Cari Higham, Brandy Shaver, Kat Krasilnikoff, and Adrian Lindeen. Adrian recently posted a video discussing three of their best social media hacks to grow your brand here in 2022. Let’s review and see if these strategies are any good, shall we? Cool. “Now the first hack is to apply influence marketing,” Adrian says. “This is something I did in my business about four years ago.”

“And it is what changed and transformed my business completely,” she continues. “Now, you probably are thinking, ‘Okay, influencer marketing. I don’t wanna be this Instagram star and put up filters and selfies all day long.’ Right? Well, I wanna debunk that because when we’re talking about influence marketing, it’s actually a marketing strategy that leads with your brand instead of your company’s brand; to effectively attract and enroll new customers and team members without being a sales-y weirdo.”

“When you’re a sales-y weirdo on social media, which is something I did for three years before I found influence marketing, it actually repels your followers. We don’t wanna be repelling anybody. We want to attract people to us. So if you’re showing up consistently on social media, adding value, sharing about you, what you’re passionate about, giving value around the products that you are using and the opportunity that goes along with that? That is what’s gonna attract people to you.”

“That leads to people getting to know, like, and trust you. They see you as someone who is a recommender of great things. And when you have trust over your network, that’s called influence, okay? So that’s the first thing you’re gonna wanna do is apply influence marketing to your marketing strategy.” Okay, so, nothing earth-shattering there, but she’s not wrong either. Social media’s all about playing it cool, putting out great stuff, but not being needy and greedy and desperate. What else does she got?

Adrian’s second so-called hack is just to get more visible on social media, every single day. The algorithm favors those who post consistently, so that’s what ya gotta do if you wanna build any sorta momentum. By the way, if you’re not on TikTok yet, now’s the time. It’s arguably the best bang for your buck these days: new enough to where it’s not super saturated, but popular enough to where there’s plenty of your perfect prospects to get in front of, right? Bonus: it makes building your business fun.

After that, Adrian recommends Facebook Stories. If you’re filming those consistently, then every time your followers log in to see what’s going on, boom, you’re showing up at the top of their screen, front and center. Don’t sleep on Facebook and IG Reels, either. “Get into those if you’re not using those,” Adrian says. “And start getting more and more visible every single day.” Hmm. I think calling that a hack might be a stretch, but doesn’t mean it’s bad advice. It’s just, I’m not hearing anything I haven’t heard Gary Vee say a millionty times before, that’s all.

Adrian’s third hack is more of the same. Just common sense. Be consistent, basically. “When I made a choice to level up, to be all in, I became a master of consistency,” she explains. “And it wasn’t easy, right. But I had to create new habits. And then I went three years of being super consistent, okay? I created this habit and I just ran with it. And it changed my business completely. It’s the hardest thing to master in this game of entrepreneurship. But once you do, it’s all downhill.” Verdict? I’d say the Beach Boss Influencers are legit, but their advice is just meh.