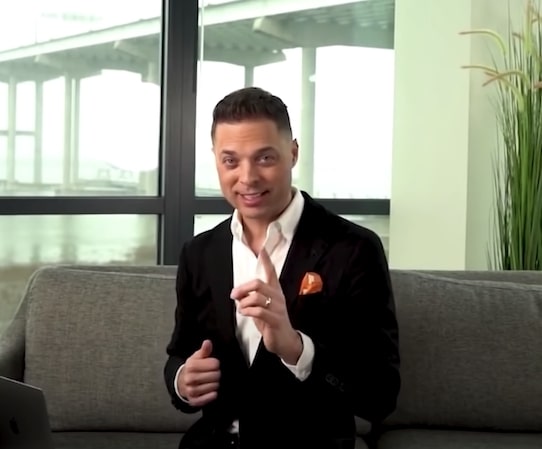 Brian Page has a sneaky yet ethical way to make money with properties you don’t own. He was on an episode of Grant Cardone’s Ask The Pro saying how you can earn big bucks doing this and you don’t need a real estate license, good credit, or even much money. And no, you don’t need to own any homes, apartments, or commercial buildings yourself. So what is it? Brian calls it Rental Arbitrage. You’re piggybacking off of Airbnb. How does it work? Is it really legal? Continue down the page for my BNB Formula review.

In Brian’s YouTube ad promoting The BNB Formula, he shows a one bedroom apartment in Atlanta, Georgia. He does not own it; it’s owned by some random dude. He’s asking for twelve hundred a month for someone to rent it out. If you divide by thirty, that’s forty dollars a day. What if, instead of renting it to a typical tenant, he agrees to rent it to a BNBer like Brian? Who then gets his permission to list it on Airbnb?

In this hypothetical example, if Mr. Owner agreed, Brain says he would put it on Airbnb for a hundred and thirty dollars a day. If he could get it rented out even just twenty days per month, that’s twenty-six hundred dollars a month in revenue. Subtract the twelve hundred he owes Mr. Owner for his rent, another two hundred for utilities, and Brian would be left with a cool twelve hundred in profit.

Extrapolate that out over an entire year and that’s fourteen thousand four hundred dollars in extra income. But where it gets really powerful is when you start rinsing and repeating. You do another one in your second month. Another one in your third month. Maybe you go for seven total Rental Arbitrage Airbnb listings. That’s eighty-four hundred a month, or six figures a year.

That’s exactly what Brian Page did in the first half a year or so when he started his Airbnb hustle. At that point, he quit his day job. He had all the monthly cash flow he needed to cover his living expenses and then some. “And I did it all without owning any properties, without having to get mortgages, or go into debt or take any real risk. And more importantly, I learned how to do it without having to sign a long term lease,” Brian explained.

If you want to learn his method, if you want to learn more about Brian’s system for getting properties and scaling an Airbnb business, pick up a copy of his book. It’s called How To Become Financially Independent On Airbnb (Without Owning Property), and he’ll give it to you for free as long as you cover shipping and handling. Inside, he’ll walk you through each step, show you some of his properties, go through the numbers, and hopefully give you enough value so you can launch your own Airbnb biz.

It’ll end up costing you nine dollars and ninety-five cents. The only thing I’m not a fan of is the ascension model sales funnel it puts you into. As soon as you submit payment, you’ll be bombarded by upsells. Each one will go up in price. This “free book” could end up costing you thousands of dollars if you’re easily sold. Which, don’t get me wrong, could still be worth it. Brian Page is legit, as is his BNB Formula. You could buy everything he has to offer and still make a substantial return. Definitely not hating; just forewarning.