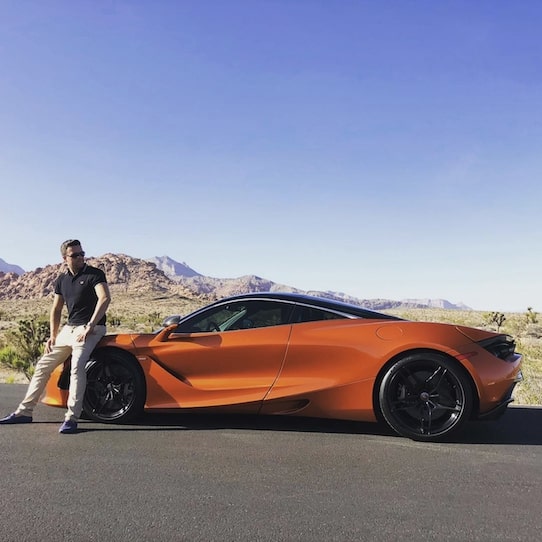 Jon Mac has a retargeting ad he’s running where he shows how, by 11 AM on a Friday, he’s done over five K in sales through his CommerceHQ store. Just to prove it’s real, he has the camera guy zoom in on his computer screen, as he refreshes the stats and toggles through different dates. The day prior, he apparently did almost sixty-five hundred in sales; for the past week, it was like fifty-two Gs; and a hundred and fifty-seven K over the last month.

And yeah, he gets it, that’s revenue, right? So how much of that was actually profit? On average, a Commerce HQ seller makes between twenty and thirty percent profit margin. Meaning, for Jon, call it, what, about forty K in take-home over the past thirty days? Not too shabby. But what if you could do even a fraction as good as Jon? Like, how would five or ten grand a month, profit, affect your life? That’d be enough to walk away from your day job, wouldn’t it?

“How much better would it be paying all your bills easily?” Jon asks. “How ’bout adding to your savings? That’s not just a dream, that’s normal for me now, as well as a lot of other CommerceHQ sellers that I personally taught. By the time I get out of bed, a few thousand dollars have already been deposited into my bank account. You know, I get up, I walk the dog, and by dinnertime, another few thousand bucks have already been added to my bank account again.”

Even though the money’s good, what Jon loves most is he gets his time back. Imagine sales from your ecom store trickling in 24/7 regardless of what you’re doing. Eating, sleeping, hitting the gym, heading to happy hour with friends, helping the kiddos with homework, doesn’t matter. Not when you have an officeless business that’s set up according to Jon’s proven process. No more clocking in, no boss telling you what you can and can’t do, no ceiling on your income.

“You’re finally getting true financial freedom in your life,” Jon says. “And you can make a living just with you, your computer, and your CommerceHQ business. And why is this business just so hands-off? It’s because you’re mostly just managing the business overall, because you have a team of people doing the daily work for you. Like the five thousand dollars I made today? I didn’t do much to generate that, as my team did all the work for me.”

“And that’s for real,” he continues. “No BS with this business. Your work is what I call front-end loaded. So ninety percent of the hard work happens on the front-end, and once that’s done, the rest is just managing here or there. So you’re kind of just making a few small tweaks once in a while, maybe a few times a month. And once you have that team in place, everything runs so much smoother and easier for you. And you don’t need to be techie thanks to Commerce HQ’s amazing built-in apps.”

Selling with CommerceHQ is easier than accounting, Jon says. He’s not trying to twist your arm to get you to use his platform, but he’s not not trying either. Many of his Ecom Startup students are making ten, twenty, thirty grand a month with their stores. Why not you? CommerceHQ costs between a hundred and five hundred bucks a month to use. The more you pay, the more stores and features you get. Try risk-free for two weeks, cancel with one click if you’re not feeling it.