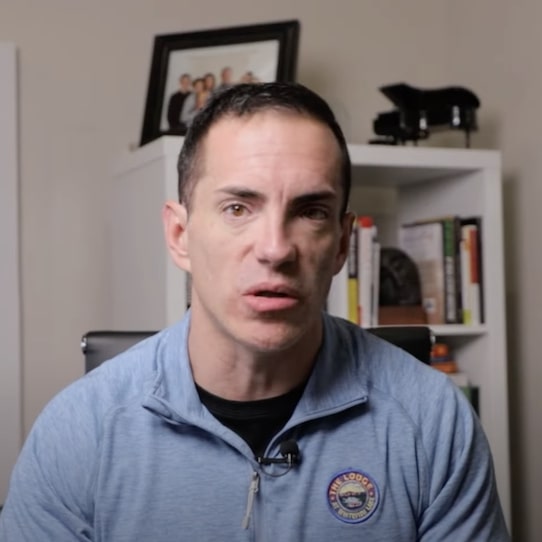 Jeff Lerner doesn’t claim to be perfect. The author of the eBook, Confessions Of A Coffee Shop Millionaire, admits he recently made a dumb mistake. Instead of focusing on growing his main business, Entre Institute, he got bored, thought it’d be a good idea to launch a new Instagram account and talk about his latest obsession: stock trading. He took a hundred grand, opened up an E-Trade account, figured he’d share his picks publicly, monetize his new followers eventually.

“It was a good idea,” he says. “Taken by itself, it’s a good idea. It does good for other people, it’s of value. But this is what they mean when they talk about ‘good is the enemy of great.’ Because, yes, it’s a good idea, but it’s a distraction. It’s something that I’m gonna have to babysit every day. And so, the hard thing as an entrepreneur, and this is just human pride, is once we recognize a mistake we worry what it’s gonna look like if you change your mind. Am I gonna look indecisive? Inconsistent? Am I gonna look weak?”

Once he took a step back, though, he knew the reality was: nobody cared. Forty-eight hours later, anyone who saw that new Instagram account would forget all about it, right? So he pulled the plug. Which is a key lesson right there: waste no time fixing a mistake. The other takeaway is, how do you salvage anything that was good or positive about the situation? Jeff decided to take the hundred grand out of E-Trade and instead invest it in crypto, which will likely yield far greater returns in the coming months.

And who knows, down the road maybe he’ll expand his Entre brand to include financial education and investment opportunities based on how he does in the markets. So not all was lost. But it’s a good reminder, there’s a difference between a “zero-to-one mindset” and a “day one mindset.” With the former, you need to be willing to try new things, take massive action, throw stuff against the wall, see what sticks, right? But Jeff already has a thriving business. He needs the “day one” mindset, which is all about staying focused and continuing to execute.

“So zero-to-one is when you’re not crystal clear on what you’re doing, so you’re gonna consider multiple options, and push hard on things that seem opportune, to try to get something off the ground,” Jeff clarifies. “Day one thinking is when you’re clear on what you’re doing, and wherever you are, it’s the start of where you’re headed. So you gotta stay focused, stay linear, stay driven, and stay humble and not back off the intensity, but you should probably absolutely back off of chasing and pursuing different ideas.”

You see, the discipline of the day one mindset has more to do with saying no to new ideas than it does saying yes. Zero-to-one is the opposite. “Anyway, that is me admitting my mistake,” Jeff says. “So that’s it, I’m pulling my money out, I’m putting it into crypto, I’m going to shift the focus and have my Entre Institute content and finance teams [handle that]. Basically, I’ll just start leveraging the resources I already have to do the same thing I was gonna do but just in a lot more efficient way.”

As far as the content Jeff puts out, himself, on YouTube and his now one and only Instagram account, he’s back to the basics. Being himself, staying in his lane, speaking on what he knows best: entrepreneurship, business, digital marketing, and mindset. Not only is it the right thing to do business-wise, but it’s real, it feels good, and let’s face it, it’s a helluva lot easier to create content on what you’re living, and what you’ve been living, every single day, for the last however many years.