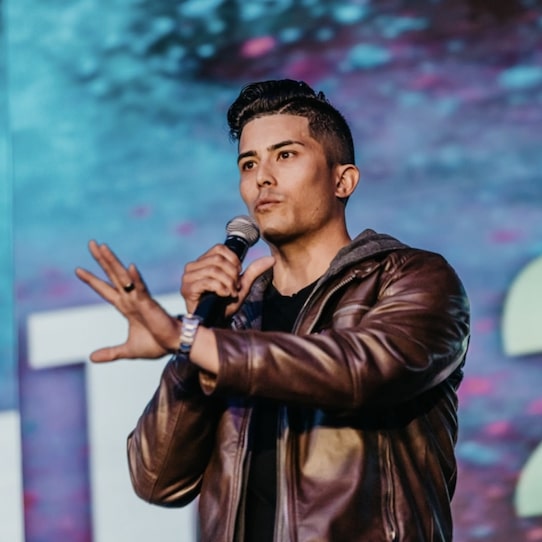 Ryan Pineda can help you build your personal brand, on social media, to levels you never imagined. In the last two years, he’s personally added 1.5 million followers across all platforms. More importantly, those followers buy more than $1 million dollars a month worth of his products and services (which he’s got no shortage of). And the opportunities and connections just keep coming. With this new Content Empire offer, Ryan believes anyone can replicate his success.

But you’ve got a whole laundry list of objections, don’t you? Like what if you don’t have 12 hours a day to devote to this? Well, step one, Ryan says, is you make the time because it’s gonna be worth it. Your personal brand’s gonna be the number one indicator of how successful you are going forward in your business. And then, step two, you manage your time better and put people and systems in place so that you can get everything done and still have nights and weekends off, like he does.

But what if you’re no good at making videos? What if you don’t have cool hair and confidence like Ryan does? And every time you hit record, you’re reduced to a trembling heap of inadequacy? Then what? There’s no easy answer here, Ryan says. He wasn’t good at it either when he started, but he got the right training and the right mentorship, and he practiced, and put out videos and got feedback and refined himself, and little by little he got better. One video at a time. You gotta do the same.

Still not convinced it’ll be worth it? Think about Grant Cardone, Gary Vee, Ed Mylett, Alex and Leila Hormozi, any big entrepreneur you follow. Ryan’s buddies with almost all of ’em now. And ya wanna know where they spend the majority of their time? Yep, you guessed it: on creating content for all their social media channels. So do you really think the brightest minds in our space, with the biggest businesses, would be doing this if it wasn’t the highest-ROI activity they could be doing? Not a chance.

If you’re bought in on the idea of going all in on content, Ryan wants to tell you about his EMPIRE system, which stands for: Events, Monetization, People, Influence, Resources, and Equipment. Those are the six pillars he’ll be covering should you invest in one of his Content Empire coaching packages. Which’ll be a mixture of training videos, templates, coaching calls, and even days where you can go to Ryan’s studio and get a behind the scenes look at how he and his team produce content at scale.

“Look, I’m a real estate investor at heart, I’m a businessperson at heart,” Ryan explains. “That’s my passion. I love running businesses. And I feel like a content creator second. But I’ve learned that the best thing I can do as a business owner, is be the face. Create the content to draw traffic to my business. And I wanna make it so that you understand that’s probably the best thing for you to do as well. Especially in the future, right? Now. Will you match my results exactly? It’s possible, but, probably not. But I can promise you, you’ll still make more money than you can imagine.”

Alright, what’s this gonna cost? Probably $10,000+ but Ryan doesn’t say. He wants you to book a call to find out. I guess they offer two options. There’s Creator Coaching, where you’re doing everything yourself; or there’s Enterprise Coaching, where they’ll actually build your team for you, plus you’ll get 1-on-1 consultations twice a month (not with Ryan, but with his staff). Of all the garbage this guy sells, this offer actually makes the most sense. It is where he puts all of his effort these days; and his results are undeniable.