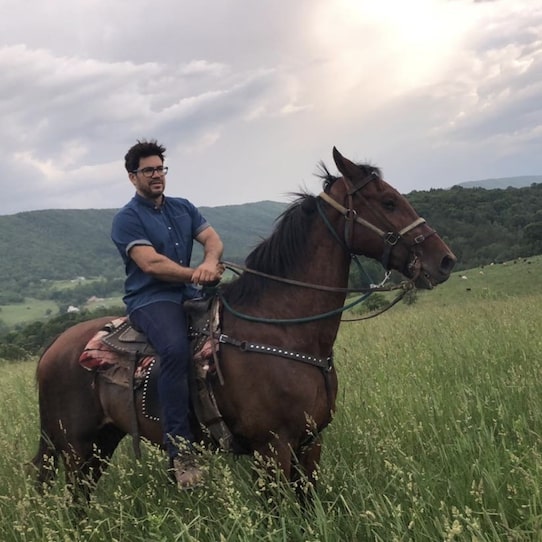 Tai Lopez is fresh off the farm and back in his garage to pitch you another opportunity. “This bitcoin thing’s taking over the news,” he says. “I gotta tell you a crazy story. In 2010, someone offered to pay ten thousand bitcoin for two pizzas. If they had accepted the bitcoin, how much cash would that be worth today? A hundred and seventy million dollars. He lost out, he missed out. Now you might be asking if it’s too late to get into this bitcoin thing.”

“It’s gone up, is it a bubble, is it gonna crash?” he continues. “What I wanna say to you is that I’ve been traveling around the United States, meeting up with the best experts in the world on bitcoin and cryptocurrencies. So these are what you call the whales. These are people that have made ten million, hundred million, even some of ’em a billion or more in bitcoin and cryptocurrencies. Now here’s the deal: one of my mentors told me, ‘Tai, never be the first or the last to try a new idea, a new trend.’”

“For a lot of people, they’re goin’, ‘Oh, this is a scam, this bitcoin thing’s not real. This cryptocurrency thing’s not legit.’ But remember that story. In 2010, somebody lost, literally, a hundred and seventy million dollars ’cause they were skeptical, they didn’t see the future trend, they waited too long. Don’t be like that person. Now I’m not promising you you can make a hundred and seventy million bucks; I’m just telling you a true story that nobody can argue with.”

“So what I’ve been doing is traveling the world and I’ve been meeting up with people. I’ve been in the business and finance game for a long time but this crypto thing is new. Part of the reason there’s big profits in it is not everybody understands it. So I’ve been meeting up with these people who’ve made a killing in crypto, and in the spirit of paying it forward, I’m thankful for my blessings financially and just in life in general, these are people who don’t really like to speak publicly but they’ll share it with me ’cause we’re friends.”

Tai believes you absolutely need to know this stuff. The world is insane right now, it’s changing at lightning speed. He went live on IG the other day, mentioned a smaller crypto coin one of these Mystery Millionaires shared with him, and guess what? It doubled in price in about twenty-four hours. If you’re not careful, your kids, your grandkids will wonder why you didn’t cash-in on this whole digital currency craze. To make sure that doesn’t happen, Tai’s put together a new crypto course test group. It’ll keep you on the cutting-edge.

Here’s what you’ll learn inside his Crypto DeFi Accelerator test group: The DIY of DeFi and the basics of stables, staking, liquidity pools, and even earning interest from lending out your crypto; The ABCs of NFTs and how non-fungible tokens are selling for millions of dollars; Whitelist Mastery, which helps you identify hot projects early and avoid overpaying on gas fees; Crypto Lexicon, which covers things like smart contracts, hard wallets, and doxxing; Trading Crypto 101, which walks you through your first crypto purchase A to Z; and more.

What’s kind of cool is that Tai’s letting you pay whatever you want. You go to his website, register, and then yeah, it’s sorta like when YouTube influencers go live and you can tip them, right? So it’s more than fair. And hey, if Tai really recruited some of the brightest minds in crypto, I’m sure the course is loaded with value. Three things to think about though. One, how many upsells will there be after you join? Two, with everything Tai’s got going on, will he really give this the TLC it deserves? Three, isn’t there a bear market about to start?