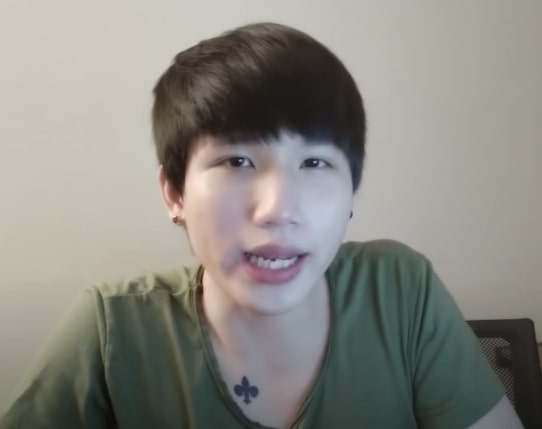 An Pei is big mad: “Stop working a 9 to 5 job. Stop working 40 to 80 hours per week and trading your time for money. Stop driving two hours every day, going back and forth to your office. Look, I’ve done this before and I know it sucks,” he yells into the camera in his latest YouTube ad.

An Pei then says he switched it up and found a remote job that allowed him to work from anywhere in the world. And in just 30 to 60 minutes a day, it pays him eight grand a month. Pei promises he can help you do the same. Without any previous work experience, special skills, or even a college degree. Yep. A six-figure-per-year online side job is apparently just a few clicks away.

“Now, I’m not gonna blow smoke up your butt and say that you’re gonna become a millionaire overnight,” he backtracks slightly. “This is not some get rich quick scheme. But it can be pretty fast if you implement what you learn. It took me only about a month to land my online job,” he adds, before repeating himself a bunch and asking you to click the button and sign up for his free, step-by-step training. (Don’t mind if I do.)

After registering for An’s webinar, the broadcast begins and I’m annoyed almost instantly. Pei pretends the webinar is live when it’s clearly not. The first 15 minutes is all hype and telling us what he’s about to tell us, which is one of my biggest pet peeves in this space. Like, here’s a wild idea: just tell us. Quit wasting our time.

But no. He doesn’t. The next chunk of the webinar is An yapping about his backstory. To me, it seemed made up. A long-winded tale about his (vague) old day job where he was used and abused and only paid peanuts. It just so happened to include every complaint anyone’s ever had about their 9 to 5. Weird. Almost like he concocted the story to resonate with everyone on the webinar.

Finally An spills the beans. These dreamy work-from-home jobs? Essentially, you’ll be begging businesses to hire you as a remote digital marketer. Someone who can setup their Facebook ads, for example, even if you don’t know a pixel from a pretzel. Hmm.

While I’m sure plenty of jobs like that exist, I think it’s a little farfetched to say the average person, with no experience in digital marketing, can just follow some silly checklist and expect to get hired. And even if they did, they’d surely be working more than “a few minutes a day” setting up “simple Facebook ads” like An Pei wants you to believe.

And when you consider his Digital Agent System costs $4,997, well, for me, I just don’t see five grand worth of value. Can’t you search job boards and submit resumes on your own? Sure, I could see investing in learning a high-income skill such as Facebook ads, but that’s not what Pei’s pitching here. If anything, setting up the actual ads seemed like an afterthought.

If his value proposition is helping you get hired, why not just work with a recruiter for free? Or am I missing something here? Also, one last thought. If you’re going to learn digital marketing, why limit your earning potential by going and getting a job? Why not just go into business for yourself? Even if you made the same (six figures or so), you’d be your own boss. Wouldn’t that be better than answering to someone?