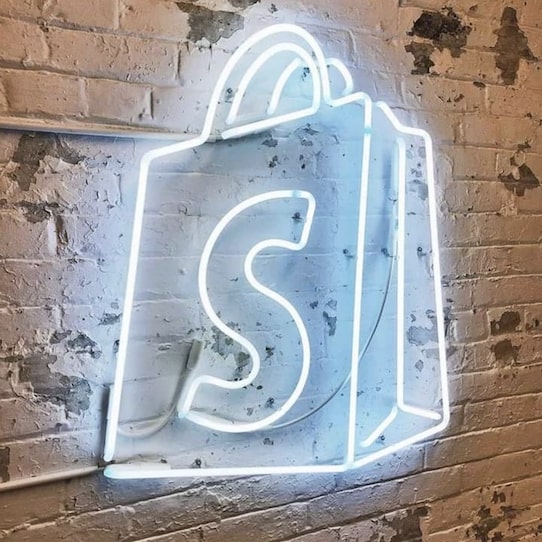 After all, their stock’s down about 71% year to date, they’re laying off people left and right. There’s supply chain issues, inflation, plus or minus a recession, right? The CEO of Shopify, Tobi Lutke, admits: my bad guys, I thought the explosive growth rate we saw during Covid would continue; it didn’t, we overhired, and this put us into a tailspin, more or less. Sucks for anyone who lost their job, but I applaud Tobi for owning it, ya know?

And it’s not like he can control the macro backdrop every business, not just Shopify, is battling right now. So do I think this is the beginning of the end for Shopify? I do not. They’re certainly taking a beating, and it could get worse before it gets better, but the fact remains, they’re the leading ecommerce platform for a reason: they’ve got a great product. And great products always find a way to survive. And when the world gets its act together, Shopify no doubt will thrive.

As for the business model of drop shipping though? That’s a whole other thing. It’s so competitive now. Yes, you see YouTubers saying they just launched a new store, and it still works, even here at the midway point of 2022. Maybe they’re being sincere or maybe they just wanna get you aroused so you’ll buy their course. Who knows. But if you’re dead set on dropshipping, here’s what I suggest. First, pick a product that’s ad-friendly. Something that could go viral with the right video showcasing what it can do.

Second, it should solve a problem. So instead of, “Oh wow, that’s cool!,” it should be like, “Oh my God, that would make my life so much easier!” Because that’s how you get someone to buy now as opposed to thinking it over. Third, it’s gotta have big margins. Or else, how ya gonna run Facebook ads or TikTok ads and expect to turn a profit? Once you have a potential winner that checks all those boxes, you’ll wanna come up with a brand name, a branded URL for your Shopify store, and logo.

Now for the store itself. It’s gotta be dialed. Slap that logo on, come up with a compelling headline, include lots of pictures and at least one video demoing the product, add persuasive copy, bullet points highlighting the benefits, reviews, and tell ’em why they should order right away. Once that’s done, get some video ads created. Do it yourself using something like Canva or outsource on someplace like Fiverr. Look to competitors for inspiration, but always put your own spin on it (don’t just copy ’em).

I would try running a handful of variations on both Facebook and TikTok. I’ve had the best luck not going crazy with layering in lots of super specific targeting parameters; instead, try to leave it as wide open as possible and let the algorithms do their thing. They’re smarter than you, trust me. Set each campaign to only spend a certain dollar amount per day (whatever you’re comfortable with), and then, after 1–2 days, cut the losers and scale the winners (if there are any). If all of ’em bomb? Back to the drawing board.

If you’re fortunate enough to break even (or better), see where you can eke out another 1% in conversion rate here, 2% there. Every little bit helps. Finally, to turn it into a real business, go all out. Collect emails, try a retargeting ad, throw in an upsell or two. Start building out branded social media channels. Do search engine optimization. Get as much free traffic as possible to supplement those paid ads (that, let’s be honest, aren’t gonna last forever). Sound like a lot of work? That’s because it is.