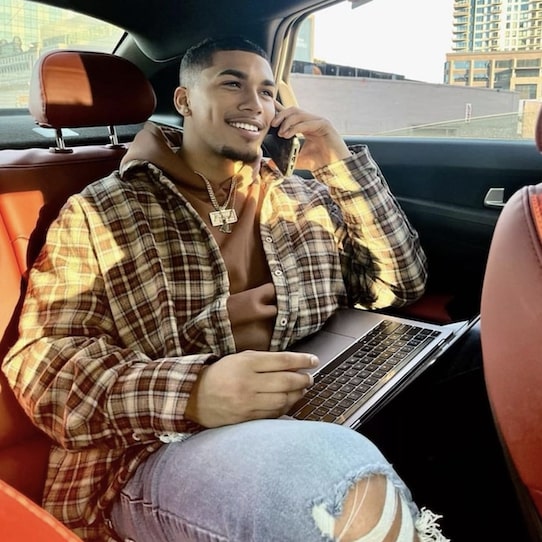 Are dropshipping challenges genuine and helpful for aspiring dropshippers? Or are they more like bait to get you to buy some YouTuber’s course? Who, when it’s all said and done, doesn’t actually profit anything from dropshipping itself? For example, there’s this dude, Ac Hampton. Calls himself a CEO and 8-figure marketer (LOL). Makes all kinds of YouTube videos catering to beginners. Portrays Shopify dropshipping as fun, fast and easy, right?

In his latest so-called challenge, Ac said, “What’s goin’ on Supreme Family, I been able to now generate over $15,000 in sales with a new product in just seven days. And this is your inside look at the very beginning stages. I’m gonna show ya exactly how I found this product and how I was able to scale it in just seven days alone. Dropshipping is very much alive; it’s something that you can be making money passively with right now. So let me just show you absolutely everything.”

After telling you to head on over to Supreme Ecom and book a 1-on-1 consultation call (spots limited, wink wink) so Ac’s team can sell you into his high-ticket coaching program, he goes into a bit more detail for this challenge. When picking his product, he looked for something where there was room for improvement so he could capitalize on it. Also, it had to have a proven market, it had to solve a real problem, and there had to be longevity behind it. So I’m guessing it wasn’t a fidget spinner?

Apparently, his product had something to do with Father’s Day. Which kinda contradicts what he just said about longevity. If it’s a gift for dad, yeah, it’s gonna sell well in May and June, but then what? It’s gonna be hard to quit your job if your side hustle only makes money a coupla months a year. Regardless, when Ac found it, he checked what competitors were selling it for versus what he could get it for on AliExpress, just to make sure there was enough room to run ads and still be profitable.

Ac then threw up a general store using Shopify; he didn’t wanna put a ton of time and energy into it until he’d proven it was indeed a winner. Keep it simple and clean; white background, black text, one accent color. Point out that it’s for Father’s Day, in this case. Then list the main product features, benefits, photos, and GIFs based on what the top competitors are doing. Then he’ll do some creative ad testing, trying to figure out which video (or image) and which wording and targeting works best for this product.

From there, he’ll scale that ad campaign up and keep a close eye on his metrics. As long as he’s staying about his break-even point, he can keep it running and try doing different things to inch up his conversions and average order value. “I hope this challenge showed you that making money online with Shopify dropshipping is still possible,” Ac says, before reminding you one last time about his Supreme Ecom Blueprint course and 1-on-1 mentoring. Which leaves me conflicted. He knows his stuff, but isn’t this just bait for his paid programs? Who’d wanna do all that for maybe $3k a year in profit?