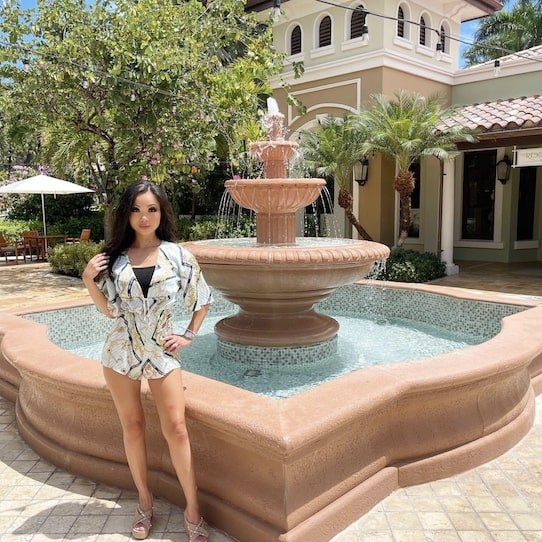 Tamara Tee says Shopify dropshipping will not make you money for the long-term. Here’s why. First, you’re selling someone else’s product and not your own. So how’ll you make sustainable income for years to come? You won’t. Because you’re not the boss of your own brand. Reason number two is, you’re expected to put on a blindfold, throw up some Facebook ads, cross your fingers, and hope a few sales come in. You’re paying up front just to test the water.

“If you’re doing Shopify dropshipping, you’re setting yourself up for failure,” Tamara says in her YouTube ad. “Look, if you want to make a long-term, sustainable income online with ecommerce, then Shopify dropshipping is not the way to do it. Instead, you should be following this new ecom business model that I am about to show you, because I’ve helped so many students follow my FBA Winners system to make over $10,000 every single month from doing it. One girl, Kim, reached $65k in the last 30 days.”

“You can do this even if you have a job, even if you are a parent. Or maybe you want to start a side hustle to make additional income on the side. So if you are someone that wants to make an additional $10,000 and more, every single month, by only putting in 1-2 hours per day? Then all you need to do is click on the Sign Up button that you see on this screen. Enter your name and your email address to access my free training, where I’ll show you even more results like the ones I just told you about.”

Tamara, sweetie, set the latte down and step away from the camera. You’re talking reckless right now. For one, plenty of people make plenty of money with Shopify drop shipping. I’m not saying it’s better than what you teach (Amazon FBA). But I’m not saying it’s not. Just different. Different set of pros and cons, right? Two, you’re not really the boss of your own brand with Amazon FBA either. You’re at the mercy of your Chinese supplier and, most of all, Amazon, who can terminate your account at any time without warning.

Fifth and final, yeah, all you need is a laptop and to attend Tamara’s “free” workshop. From there, you’ll just “copy and paste” your way to six figures. You won’t need thousands of dollars for her coaching program, thousands more for tools and software and inventory and branding and marketing, a growth mindset, strong work ethic, perseverance, patience, and maybe even a little luck. Nope, none of that will be required. Tamara’s definitely shooting straight with ya here. I’m over it.