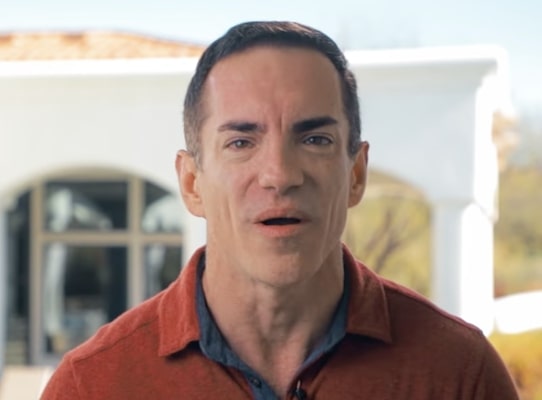 Jeff Lerner has a new Facebook video ad that mocks the status quo. “Go to school. Take out a student loan. Find a job. Put your head down and get to work. Work for forty years. Preferably the same employer. Company loyalty is rewarded. Be thankful for every little raise, but don’t expect it. Miss out on your child’s recital. Forget your anniversary a few times along the way. Maybe throw in a divorce. It’s all okay though. Because if you just toe the line and don’t push your luck, one day all of this will be yours too.”

In the text that accompanies the video, Jeff Lerner calls out his fellow gurus. He’s sick of their leased Lambos, rented mansions, and selfies standing in front of private jets. Then, the following sentence, he proceeds to talk just like them. I’ve been in your shoes, he writes. I was once a gifted piano player booking gigs left and right. But when I broke my hand and could no longer play, I was struggling to put food on the table for me and my family.

I had to figure out another way, he recalls. So he read all the books. Attended all the seminars. Tried all the software. Bought all the courses. Nothing worked. Then he found his unnamed mentors. They showed him the way. Ten years and sixty million in sales later, Jeff’s here, running this Facebook ad, because if he does nothing to help you, he’s no better than the greedy gurus selling you digital snake oil.

Right. It has nothing to do with making money. Jeff’s just a good guy. Wants to give back. The opposite of the gurus he described. After all, would gurus pose with a table full of cash? Probably. But just ignore that. All of Jeff’s marketing funnels are powered by hypocrisy. So when you go to Jeffs New Book dot com and opt in for a digital copy of his ancient book, The Millionaire Shortcut, don’t expect much.

It’s adorable that he calls it a book. It’s a PDF document. Not even a long one. Take out the header, the footer, and the intro, and it’s like three pages. As the title suggests, it’s supposed to reveal Jeff’s shortcut to seven figures, but all it does is pre-sell his thirty-nine dollar course, The Entre Blueprint Training. Which, let’s be honest, is just a bunch of dusty videos that give you a general overview of ways to make money online.

To get the real secrets, you’ll have to pony up for one of Jeff’s many (and much pricier) upsells. The man didn’t make sixty million all from a thirty-nine dollar product. Correction, the real value of his Entre course is eight hundred and seventy-two dollars. Today only (and the only’s in caps so you know he means business) you can get it for a steeply-discounted thirty-nine bucks. Again, thank God Jeff’s not like those slimy gurus. This is such a nice change of pace.

Lifestyle marketing. Exaggerations galore. Bait-and-switch advertising. Completely made up “real world value.” Fake urgency. Countdown timer even. Aggressive upsells once you buy. And if you act now, he’ll throw in six hundred and seventy-three dollars worth of free bonuses. Yep, Jeff Lerner is the anti-guru all right. Nothing like all the guys in the other ads he invites on his podcast. They’re the bad ones. Not him.