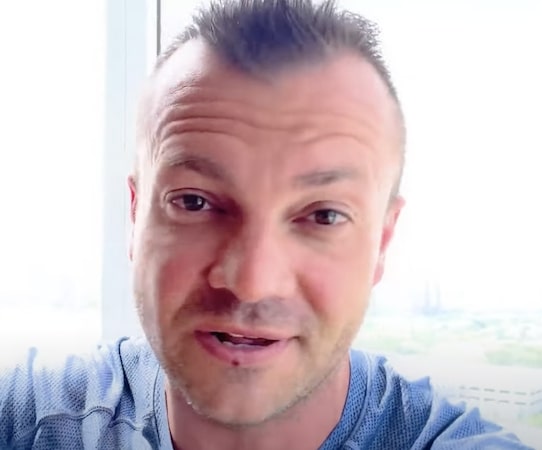 Vick Strizheus has a new YouTube ad. He asks if you want to make money online, right now, today. If so, he suggests affiliate marketing. That’s right, affiliate marketing. Not drop shipping. Not coaching or consulting or masterminds. Not even selling your own course or service. “Listen,” he says, “affiliate marketing is the most lucrative, hands down the easiest business model you can get yourself into right now. You don’t have to, like, create products, you can be profitable by tomorrow.” Skeptical? Me too. Read on for my Four Percent review.

You can start doing affiliate marketing with almost no capital at all. But if you’re going to do it, Vick says, you want to do it differently than everyone else. Don’t listen to the gurus who tell you to head on over to ClickBank and find a fat loss eBook to promote for seventy-five percent commission. Just slam it with traffic and watch your commissions pour in, they’ll say. But that’s a recipe for disaster.

Another popular model is to build an email list and then pepper them with follow-ups promoting different products. That doesn’t work either, Vick warns. Ninety-five percent failure rate, give or take. So what’s the solution? “If you’re going to do affiliate marketing, you want to do what’s called a connector hub-based business model,” Vick explains. “This is crazy, my friend.”

How is that even possible? It sounds too good to be true, doesn’t it? Nope, Vick pushes back. Not if you know what you’re doing. From here, Vick transitions into his pitch. If you’d like to learn more about his so-called connector model, he’s holding a free webinar he’d like you to attend. He’ll show you exactly what to do, step-by-step. And you can be in profit three days from now.

Apparently, as the ad went on, he decided making money today was an overstatement. But hey, seventy-two hours isn’t bad, right? Ah, not so fast. There are a few things you should probably know about Vick Strizheus. In 2009, he spent some time behind bars for insurance fraud. After he got out, he became a top earner for the now defunct Empower Network, an MLM that many thought was a pyramid scheme. After laying low for a few years, he’s back with this Four Percent thing.

The irony is that everything he just said is the opposite of what he does. He sells his own products and coaching. He spends big money on marketing and advertising. He aggressively builds his email list and hammers them with different opportunities to make money online. And the sales he makes today, from Four Percent coaching, are the result of years and years worth of hard work and skill acquisition. The Platinum level of Four Percent unlocks all the goodies and costs one thousand dollars per month. Sound like a thousand dollars a month too much for me. I’m out.