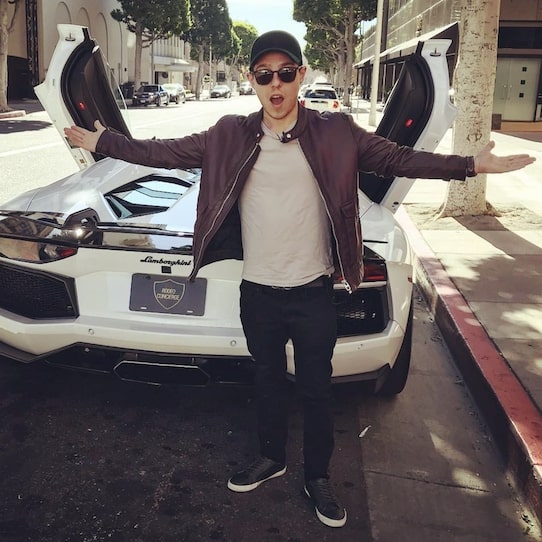 Usually when you go and buy a new car, that car loses, on average, 11% as soon as you drive off the lot. This, according to Graham. Within a year, it’ll be worth about 25% less than what you paid for it. And within five years, the average car value will have decreased around 63%. It makes sense. As the miles add up, so does the wear and tear. And even if it’s hardly ever driven and just sits in a garage, the tech will seem prehistoric after just a few years, won’t it?

But in 2020, when Covid hit, auto manufacturers were forced to shut down for a while. During that time, obviously, no new cars were being built. On top of that, you’ve got the semiconductor (aka chip) shortage that’s still going on. Those are the things that run the electric windows, the sensors, the navigation, and pretty much everything else. Graham says a car can easily have 3,000 chips or more. And that this shortage is getting better but it could last into 2024.

So with less new cars being built, it’s just economics 101, right? High demand, low supply, whaddya think’s gonna happen to car prices? They’re gonna go up. Depending on the make and model, a lot. All of a sudden, a three-year-old car’s selling for more than its original sticker price. “And that’s where the problem begins,” Graham says, in his latest YouTube video. “See, when buyers purchase a car, the vast majority of them are financed. In fact, 85% of new car purchases (and 55% of used cars) are bought with debt.”

“And what makes this so unique,” he continues, “is that, unlike real estate, auto loans are not subject to strict underwriting requirements. This means nearly anyone can get a loan if they really wanna drive off with a new purchase. It’s like the Wild West, it’s super predatory. Meanwhile, borrowers with good credit are talked into high interest loans that are more than double the average rate. It’s estimated that 25- to 50% of loans are given to customers who might not be able to afford them.”

Graham adds that about 5% of all auto loans are behind on payments and nearly half are underwater. Meaning, the buyer of the car owes more than what the car’s actually worth. Which says a lot since, as we just discussed, cars are selling for stupid prices right now. Graham believes that the automative industry is about to collapse, similar to the housing market of ’08. It’s interesting, when car buyers obtain a loan, be it through a bank or a dealership, those loans are bundled together and sold (on the secondary market) to investors who wanna get paid back with interest.

As a result, the original lenders get all their money back plus make a little extra from fees and whatnot. Then what do they do? They go hand out more auto loans to every Tom, Dick, and Harry who thinks they need a used G-Wagon for $85k over MSRP, and repeat the process, right? But what happens when inflation nickel-and-dimes everyone to death and more people start losing their jobs (which is expected to happen) and chip supply gets back to normal, thus evening out supply and demand for the car market?

Well, ya get a bunch of people with a bunch of loans they can’t pay back on cars that are now plummeting in value, so what’s the point anyway, right? Cars’ll probably start getting repossessed left and right, flooding the market with new inventory, which’ll only worsen the problem. “At a certain point, it’s just not sustainable,” Graham says, “and that needs to be acknowledged. Very few people are talking about this, and the more people understand what’s going on, the more we can prevent the problem from getting worse in the future.”