How Cole Gordon Went From $0 To $30 Million A Year 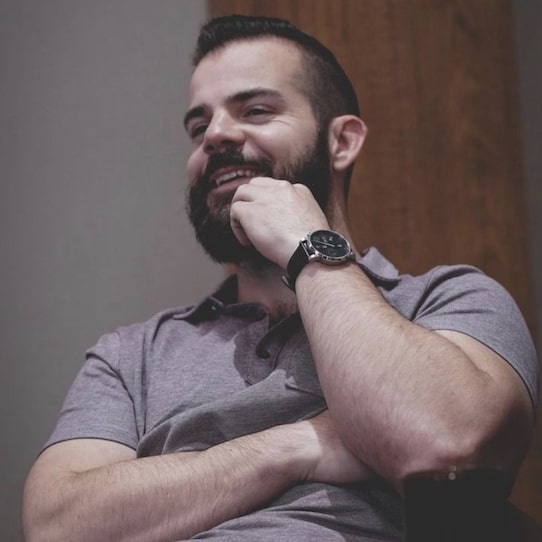 Remote Closing Academy creator Cole Gordon claims he did that—zero to $30 million per year in revenue—in a little over two years. Just sharing that publicly puts a bullseye on his back. Now every bro who’s ever closed a deal on the phone is launching a sales course, trying to get some-a-dat Cole money, right? Unfortunately for them, it’s not that easy. Sure, you can sell a similar program for a similar price and drive traffic to a similar funnel with a similar Facebook ad.

And you might make some money doing that. And so might the other half a dozen copycats. But you’ll still be fighting over Cole’s crumbs. Why? “Because there’s so much that goes into it,” Cole says. “It’s not just the offer and the ad and the funnel. It’s so much more complex than that. It’s like 100 different things. It’s this huge skill stack. It’s also my team, it’s also timing, not to mention I was actually a salesperson for five years. Right? Most people doing this now aren’t even salespeople.”

The Cole Gordon wannabes didn’t. They’re trying to shortcut their way to sales guru, and that doesn’t pay as well as the slow and steady route. What about the ones who’re somewhere in the middle? Like they’ve got some decent sales experience, they’ve gotten to, let’s say, $150k a month in revenue, and then they stall out, right? Why is that? It’s because, Cole says, from there to $1 million a month? It’s all about buckling down and managing people. And most entrepreneurs don’t want that smoke.

“So from like $100-, $200,000 a month, to $1 million,” Cole explains, “it’s really this race to scale your business, create cash flow, so you can reinvest back into your business to hire leaders so they can start managing the different departments for you. Marketing, sales, operations, fulfillment, et cetera. Then you can finally buy your time back, and usually at the 8-figure level what happens is the business slows down and it ceases to have innovation; and that’s when you have to step back and start innovating again.”

“But the problem is,” Cole continues, “most entrepreneurs never double down and learn the skills of building teams, leading teams, managing teams. And I can tell you from about $200 grand a month to about $1.5 million a month, all I did was I ran the marketing meeting, the sales meeting, I trained salespeople, hired salespeople, I was very in sync with the finance department, operations department. I was coaching and building my leaders. Then eventually around $1.5 million a month, I got to this place where I only needed to be in the marketing department.”

Sounds about as fun as swallowing screws, huh? No wonder numbers like that are so hard to hit. And let’s be honest, Cole likes to wow us with that $30 million a year claim, but notice he’s not saying how much of that is profit. He’s got a big, talented team; a lot of mouths to feed. All those Facebook and YouTube ads can’t be cheap. Not saying he’s not doing well, just that his net worth might not be nearly as impressive as you think it is. And you see what all that stress is doing to his hairline. So is it really worth it?