How To Sell Supplements On Amazon FBA 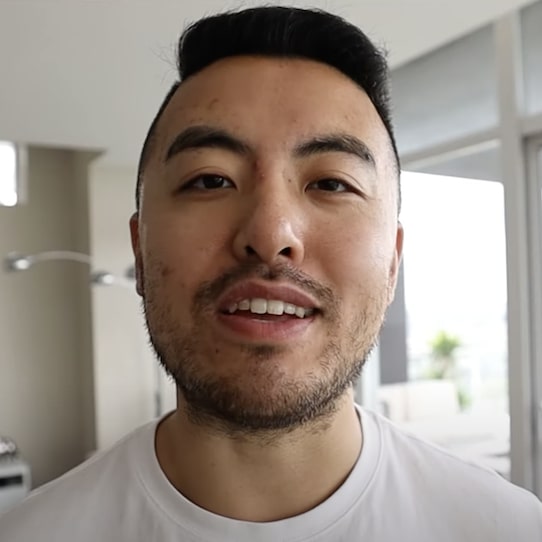 Amazon FBA guru Tom Wang interviewed his friend John Li who founded a supplement company called BeLive. It’s one of the top selling supplement brands on Amazon. John started it in 2017 all by himself. Four fast years later, he sold it for multiple eight figures. John’s journey began when he saw his friend making two to three hundred dollars a day selling random stuff on Amazon. John went home and started watching YouTube videos to learn more about Amazon FBA.

John had always been interested in diet and supplements, so he decided to go with what he knew. His first product was a garcinia cambogia weight loss supplement, which was really competitive. John lucked out and found a U.S. manufacturer who was making it with three other weight loss ingredients; something no one else on Amazon had at the time. John ordered five thousand dollars worth, came up with his own private labeling, and listed it for sale on Amazon. It took off.

“And I realized from that experience that you have to be very different,” John told Tom on his podcast. “And you have to make an impact that people want. It’s really: are you disrupted or are you disruptive, right? You’re either the one losing sales or the one gaining momentum. From that one product alone I learned to only focus on having products that are different than all the others. The first month I think I did about fifteen K in sales, and about five K of that was profit.”

John recommends going above and beyond Google searches to find a manufacturer to partner with. He bumped into his at a trade show. Ended up going out to dinner with them, getting to know the people behind it, building up some trust and rapport before deciding on them. Good thing too, since, later on, one of John’s competitive edges was he switched from capsules to gummies for almost all of his products. Very few manufacturers could accommodate this formulation; so his Amazon copycats couldn’t keep up.

In the first full year of John’s supplement business, he did one million in sales. Year two was three million. Year three was four million. And year four, it shot up to eleven million. His success wasn’t without growing pains though. There was a solid year was he was constantly running out of inventory. There was another time where he woke up one morning and all of his reviews were gone. It was heartbreaking. John actually started trading stocks because he didn’t think he’d be able to recover from that.

Building a team was incredibly challenging as well. John struggled to find talent. When he did hire someone, they underperformed and John felt like he spent most of his day watching over them. After a while he’d get frustrated and fire them. He knows part of the blame falls on him. He needs to get better at recruiting, onboarding, training, managing, setting expectations, et cetera. (Or find someone else who specializes in that sort of thing and let them handle it.) But this was ultimately why John decided to sell.

Profits were at an all-time high. He had lost interest in expanding his team himself. It might take him years to figure that part out; by then, the competition could catch up. Why not cash out? Why not hand his baby over to someone who was better equipped to care for it in the next stage of life? So that’s what he did. His Amazon supplement brand was acquired for multiple eight figures. Meanwhile John’s already busy scaling his next ecom brand; which, he says, could be just as big, if not bigger.