I Am A Comeback Review (Mark Jennison) 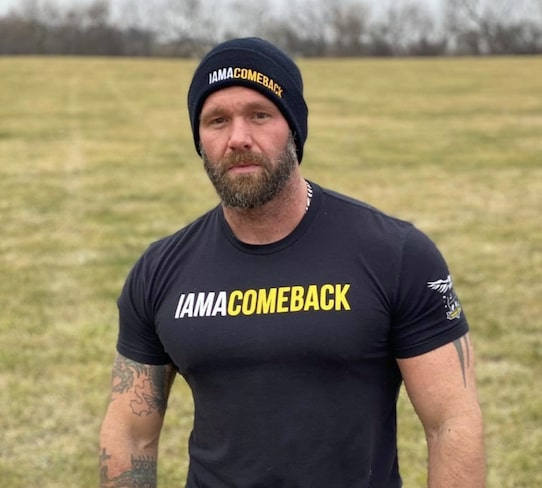 Mark Jennison claims everything you’ve ever been told about alcohol is a lie. It’s not some disease that you’re stuck with for life. It’s not something you have zero control over. Honestly, the booze isn’t even the real problem for high achievers like Mark. It’s just a mask. To cover up the stress, the anger, the guilt, the social anxiety, or to just unwind after a bad day. But here’s the good news: you can take the mask off, regain power, control. Read on for my I Am A Comeback review.

Whether you want to give it up completely and never touch another drop, or cut way back, only enjoying a drink or two at birthdays and social events, never losing control; either way, Mark can help. Almost three thousand business owners, executives, entrepreneurs, leaders, doctors, and lawyers have successfully completed his I Am A Comeback program. Their relationship with alcohol is back to healthy. Same with their family.

It doesn’t matter if you’ve tried AA or rehab and failed. I Am A Comeback is a breakthrough system that helps high performers regain control over alcohol and win back the hearts and respect of their families. “I’m passionate about helping men conquer alcohol because of my twenty-one year struggle with the bottle,” Mark says. “I lost my battle not once, not twice, but three times.”

Mark used to love drinking. It made him feel like he was the man. Invincible. He thought he could drink more, party more, fight more, make more money. It makes my entire life better, he would tell himself. He was constantly looking for an excuse to have that next drink. Despite all of his drinking, he was succeeding in his career. In a six year stretch he grossed over seventy-five million in revenue for his trucking company.

It all hit the fan when he took his family on a vacation to Jamaica to celebrate landing a new multi-million dollar client. He was plastered the whole time. Worse, his wife found drugs in his bag. That’s when she lost it. “You’ll never see your son again,” she told him. When he got back, he was pushed out of his own business. He wrote a final letter, ready to end it all. But he heard a voice. Call it God, call it the universe, call it whatever you want.

“You’re not done,” it said to him. Mark knew the voice was right. He knew he had more to give. So over the next three years he did everything he could to get sober and try to get his son back. AA, 12 Steps, rehab, even white knuckling it for months at a time. He spent more than forty-two grand in search of an answer. None of it really worked. Progress only came when he began shining a light on why he was choosing to drink.

Stress, pressure, pain. Mark began revealing the hard truths about himself. Asking the tough questions. Then finding better ways to deal with those triggers. He got his son and his life back. He shared his story on social media. Other men in similar situations would reach out and ask how he did it. Which is how I Am A Comeback was born. It’s a forty-five day coaching program to help you beat the bottle without total abstinence. The cost is five thousand dollars.