Is Affiliate Marketing Still Worth It In 2022? 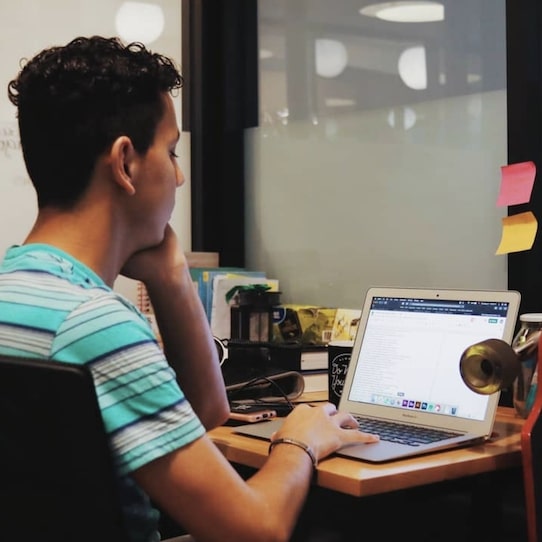 What is affiliate marketing, how can you get started, and should you? Especially in 2022, with competition at an all-time high? So affiliate marketing’s simply when a brand, such as Apple, pays someone like you, who does not work at Apple, a commission for referring them sales. In this case, you, the affiliate, would typically do so by creating some sort of content online. Maybe it’s a blog, like this. You write about trending songs, and send people to sign up for Apple Music with a special link that’s tracked back to you (aka your affiliate link).

If someone signs up, you make a small commission. You can be an affiliate for just about any brand, any product, believe it or not. Most companies offer affiliate programs that you can join for free. If not, you can always contact the company or creator directly and try to work out a deal. There’s a lot to think about when deciding what to promote. With the example I just gave, it’s nice because you don’t have to do much convincing to get someone to subscribe to an Apple Music plan.

Apple’s probably the largest company in the world by market cap, right? Their products speak for themselves. So when you use your affiliate link and you say, “Hey, and if you like this new pop song, click here to check out the A-List Pop playlist over on Apple Music,” nobody’s gonna go, “I don’t know, lady, is Apple some kind of scam?” This makes converting complete strangers into buyers much easier for you, the affiliate, doesn’t it?

On the other hand, the downside is that these behemoth companies like Apple and Amazon and Walmart and such, have massive overheads. So there’s not a lot of wiggle room in the margins of their products to give you, the affiliate, a very big slice. You’d be surprised, some of these items like music or books or electronics, might pay you less than a buck per referred sale. So do the math. You’re gonna need to refer thousands of sales a month to replace your job.

Which is incredibly difficult today, in 2022, when you’ve got millions of super affiliates you’re going up against. The fix? You could always look for big ticket affiliate programs. For example, you could recommend some guru’s course or coaching program and potentially make a thousand bucks or more per sale. Here, it’s awesome, because you’re doing pretty well with just a handful of successful referrals per month. But A) you’ll be pitted against the cream of the crop in terms of affiliates and B) conversions now become much harder (everyone thinks everything’s a scam in the e-learning space, for instance).

What else do you need to consider? Ads are super expensive, so it’s tough to stay profitable. Blogging’s super crowded, and you’re starting out way behind since some bloggers have been doing this for years. Social media feels a little spammy, and there’s so much noise, how will you stand out? So from a traffic perspective, too, you’ve got a lot to think about if you’re gonna start doing affiliate marketing this year. But should you? That’s the million dollar question, isn’t it?

Well look, I’m not one of those people that throws every other business model under the bus, hoping you’ll pick ours. I think affiliate marketing’s actually really cool. It allows you to focus on a couple of high level skills (traffic and persuasion) and not have to deal with all the other stuff that comes with selling your own product or service. I already mentioned the biggest negative (competition). A distant second would be lack of control. Your money’s in someone else’s hands, and that’s not a good feeling.