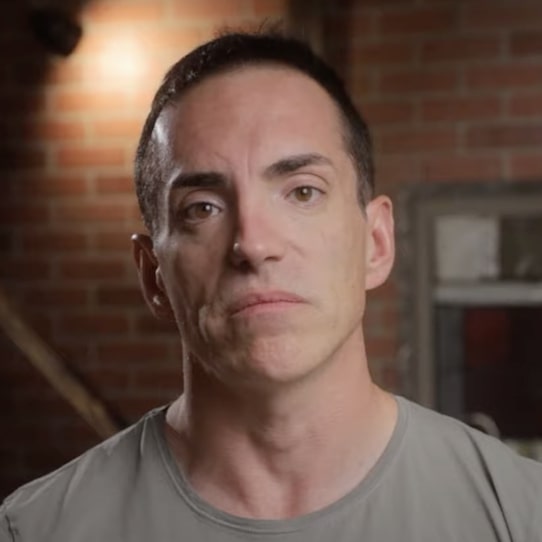 Jeff Lerner calls Scott Peck’s book, People Of The Lie, one of the most impactful books he’s ever read. It talks about the hope for healing human evil. “To me, the most fascinating parts of the book are where he’s finding evil in just ordinary, everyday adults,” Jeff says. “That is actually the most terrifying thing about it, is sort of how insidious and subtle it is. And the two primary components of all human evil are narcissism and laziness. Taking the easy way.”

“It’s doing the thing that’s easier, which is to shift our blame or our judgement or our hostility or our hurt onto others, rather than doing the harder thing, which is to look at it or point it at ourselves,” Jeff continues. “So all evil is lazy. Therefore, all laziness is an expression of the same tendencies that can result in evil. And this I actually believe is why a lot of people that struggle with laziness, that can’t break out of ruts, it’s because they don’t scrutinize the principles or the precepts they are submitting to in that behavior.”

He goes on to explain how everything we do is submission to some sort of idea. There’s nothing we do as human beings that doesn’t submit to a precept or guiding principle. Given that, Jeff believes the main reason we struggle to change our bad behaviors is because we’re focused on the behavior itself and not the precept. The symptom rather than the cause. For example, beating yourself up about eating bad, rather than addressing the root cause: which is a belief that it’s better to feel good now, even if it means feeling worse later.

Make sense? Cool, so with that in mind, what other precepts are dangerous? How ’bout this one: having high standards is not always important? Or telling yourself that it’s okay to avoid doing something because it’s difficult? Or allowing your values to change just because you’re tired? Or the attitude that says, look, my spare time is to be used purely for enjoyment? Or that your natural gifts do not come with a responsibility to use them? Or that it’s okay to give in to your natural instincts?

You get the idea. We all have these deep subconscious beliefs that we let drive our decisions, rarely (if ever) taking a step back to examine them. And just with the ones Jeff listed, you could see how those beliefs could keep you from not only getting the body or the business you want, but perhaps much worse. They could cause you to steal, cheat, hurt, harm, even commit murder, right? I mean, after all, you’ve already said yes to all these guiding principles, haven’t you? So if some jerk cuts you off in traffic and your natural instinct is to shoot him, why not, right?

It’s kinda eye-opening, isn’t it? You can see how laziness is a precursor to just about every evil act you can think of. Maybe we’re all just one emotionally-charged moment away from being a criminal ourselves. “So if we don’t get to the core of what drives our most destructive and shameful behaviors, those things can become gateways for even more destructive and shameful behaviors,” Jeff says. “[Therefore], it is extremely important what you say yes to ideologically and how that shows up, even in parts of your life where it’s not illegal or it’s not hurting anyone.”

So if you flip those precepts around, if you choose to believe, for instance, high standards are always important? Then, A) you’d be absolutely disgusted by some of the things you find yourself doing, B) you’d be less likely to continue doing them, C) you’d probably make other positive lifestyle changes (like sleeping more and eating healthier so you always have maximum energy) to make it easier to act in accordance with this newfound belief, and D) you’d surround yourself with other people who carry themselves this way, which keeps you on your game even more. Pretty insightful stuff.