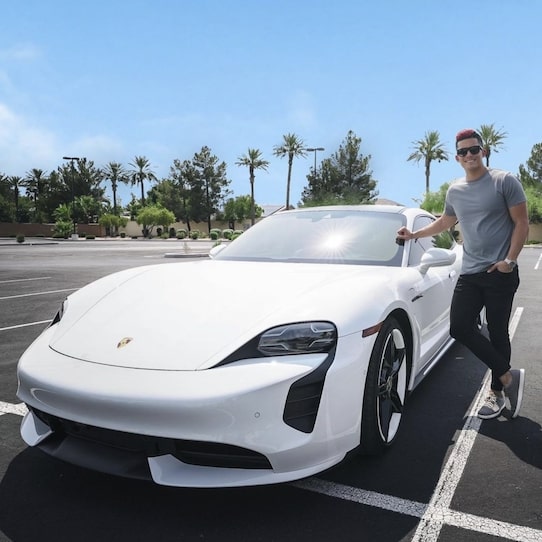 Influencer Ryan Pineda dabbles in a little bit of everything, from flipping couches to homes, accounting to exotic car rentals, and everything in between. If it involves making money, the dude’s probably done it and created a course or service around it. Hence his latest project, LunarEcom, where he sells done-for-you Amazon and Walmart stores. But the thing is, they’ve been facing some headwinds lately. “If you’ve been dropshipping through Walmart these past few months, then you know it has not been pretty,” Ryan says.

“Stores are getting suspended and terminated like crazy,” he continues. “You don’t have to look any further than Reddit or YouTube to see all of the countless complaints. So what’s going on in the ecommerce industry, and specifically, Walmart? Well, a lot of people are moving from Amazon over to Walmart automation, for a number of reasons. For one, you can start scaling Walmart stores right away, unlike Amazon. Two, the profit margins are higher. And three, risk of account suspension is lower.”

Or at least, on that third point, it was supposed to be. You see, Walmart has only been allowing third party selling for about a year. And during most of that time, they had a very low overall suspension rate. As a matter of fact, many of Ryan’s Lunar Ecom clients had their automated Walmart stores up, running, and profiting already. Some of them were earning a grand or two per month. Not bad. But then, out of nowhere, Walmart started suspending many of their stores.

The Lunar Ecom team fought to get most of them reinstated, but still. It freaked everyone out, and set them back a good month or two. Then came a second wave of suspensions; and these ones didn’t really make any sense. They were stores that had just gotten set up and weren’t even generating any sales yet. Nothing had been done to violate any of Walmart’s terms of service. And the worst part was how vague Walmart was about it; they never gave a clear reason for any of the suspensions.

Anyways, LunarEcom troubleshot this second wave of suspensions the same way, only this time, after a month or so of waiting, Walmart decided to just terminate all of the stores completely. Yikes. “And so at this point we started to get really concerned because who knows what Walmart’s gonna do next,” Ryan says. “Well as it turns out, a few weeks later, they just kept terminating new stores, whether they were selling or not [no suspensions, no warnings, nothing].”

“And honestly, if it was just my company, I would’ve probably felt better about it, because it would of told me that we’re doing something wrong and then we can fix it. But that wasn’t the case. It was companies [meaning stores/accounts] all over. All my friends in the industry were seeing the same thing, and it was just a really crappy situation for everyone involved. And so we made the decision to just turn off all of our active Walmart stores because at this point, it just seems like Walmart is going to terminate everything at some point.”

So what happened to all the people who’d paid Ryan a ton of money for their automated Walmart dropshipping store? It sounds like Lunar Ecom did the right thing and switched them back to Amazon. They’re not necessarily giving up on Walmart forever, but for now, that service is on pause. But man, if there’s that much drama, on top of how expensive it is, and how thin the margins are? I personally would want nothing to do with investing in an automated ecom store, be it Walmart or Amazon.