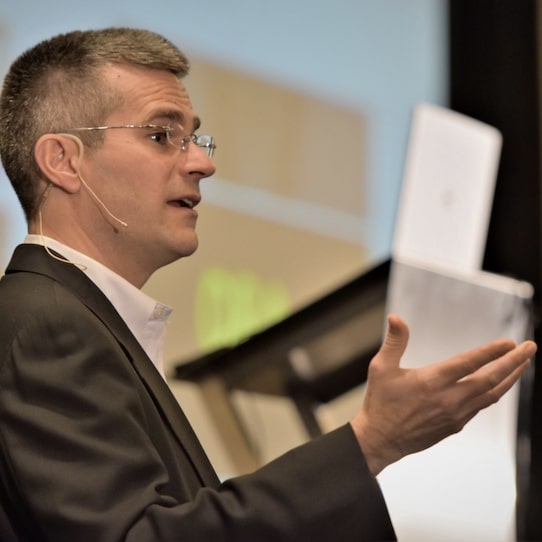 Michael Blank says you can make $10,000 per month in passive income in the next six months. How? Not by flipping houses or wholesaling or house hacking, that’s for sure. Michael would know. He started out investing in single family projects but got nowhere. He was basically shooting blanks (see what I did there?). It wasn’t until he switched to multifamily—apartment buildings, in particular—that things took off. Scroll down and read on for my full review.

Right away, you’re probably thinking two things. One, you don’t have the experience to invest in apartments. And two, even if ya did, you certainly don’t have the money to, right? But Michael’s here to break those limiting beliefs like a fistful of angel hair pasta over a pot of boiling water. He’s helped hundreds of people from all different walks of life to become financially free by investing in apartment complexes. And hardly any of ’em were any more qualified than you.

But first, why apartments? “Passive income and leverage,” says Michael. “If you tried to quit your job by renting out houses—after mortgage payments, insurance and taxes—you might net a couple hundred dollars per month per house if everything goes well. So if you needed $10k a month to quit your job, you’d need to buy and rent out 50 houses. I went through this math myself. It’s staggering. And I came to the conclusion, I’m not doing 50 houses. That’s insane!”

“Not to mention all the headaches that come with managing a portfolio of houses that size,” Michael continues. “Now let’s do it another way. Say you wanna do it by fixing and flipping houses—that’s what they do on the shows, right? But that also has limitations because anytime you’re not buying, fixing and flipping a house, you’re not making money. It’s actually very active. There’s nothing passive about it. And then worse, when you sell the house, the money stops flowing. And that’s not the goal; the goal is to be financially free with real estate.”

Apartment investing is where it’s at, Michael believes. Ever heard of syndication? Like just for putting a deal together—finding the building, bringing in investors and a property management company—you can earn an acquisition fee of up to 3% of the total purchase price. Then there’s asset management fees, cash flow distributions (where you get equity in the deal without putting your own money in it), and then the profit from the sale as well.

Simply syndicating one small apartment building—say it’s 15 units, priced at $2 million—you could easily net $10 Gs a month in passive income. Pause. That’s a bit misleading. Because you’re not actually getting that amount each month; Michael’s figuring in the hypothetical future sale of the complex. Last I checked, you can’t pay your bills with money you might make 5–10 years from now. Even more challenging, now you have to find off-market deals, show proof of funds you don’t have, and beat out a bazillion competitors.

Should you clear those hurdles without faceplanting, you still gotta go and get investors to put up the money, right? And that’s a tough sell if you’ve never done this before. Like why would they trust you? Luckily, Michael’s put together a network of REIs you can pitch whenever you find a potential deal. That’s one of the many perks of joining his Deal Maker Blueprint. Cost is $2,997. It’s by application only. While it would be cool to be able to call yourself a multifamily mogul, I’m just too spoiled with what we do. See below.