Mikkelsen Twins: Are They Legit Or Fake? 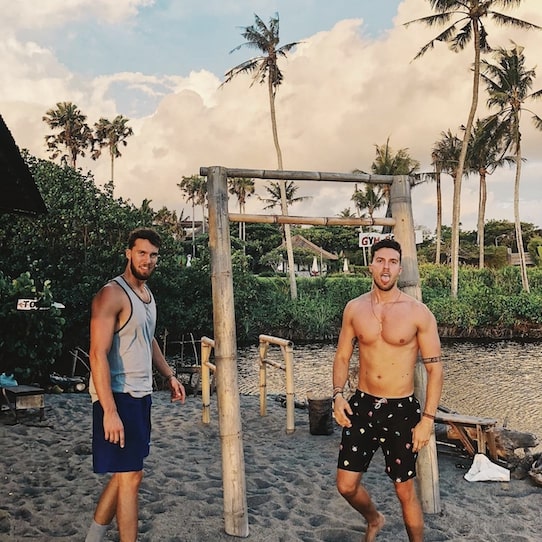 Are twin brothers Christian and Rasmus Mikkelsen real? Well, obviously they’re real. But like, can you trust them? Should you buy their Audiobook Income Academy course? Or do they not even practice what they preach? Like, where are their audiobooks that are making them passive income, right? Because that’s what all their YouTube ads say; that this is the new and improved way to make money on Amazon, and it’s so easy and anybody can do it, right?

Yet, if you go to Audible and search for the Forbes-featured Mikkelsen twins, you’ll come up empty. I checked. There’s no audiobooks I could find under the name Rasmus Mikkelsen or Christian Mikkelsen. What’s up with that? Are these guys phonies? Well, they give a few explanations. One is, Christian did get his account banned back in the day. So he’s pretty up front about the fact that even if he wanted to, he can’t really log in and publish any new audiobooks.

Second, once Audiobook Income Academy blew up, they no longer really had the time to continue working on the actual publishing side of the business. Their one and only focus now is enrolling new AIA members and taking good care of them. Third, though, they’re like, “Honestly, who cares?” They did it back in the day, it worked, and still does. And as long as their students are happy and getting the results they want, that’s all that matters, right?

I guess they’ve got a point. I mean, how many NFL coaches are out there doing full-speed tackle drills? None, and that doesn’t make them any less effective at leading their teams. Plus, Rasmus and Christian have brought in other coaches to help out with group support and live calls and whatnot, and they’ve all got successful audiobook businesses that they’re actively building, right? So that should give you faith in what they’re teaching, even if they don’t share their wins either.

Addressing that point, AIA coach Alex Kerr said, “That’s not how it works. I put in a lot of hard work to build the business and I’m not gonna give somebody the opportunity to extract my energy from the stuff that I built just by copying me. My job as a coach is to make you successful. And one thing I noticed early on when I started coaching is the ones who took up all my time, they all disappeared. They all quit. And the ones who were the least needy, they’re all successful now. Bottom line, if you knew what I was publishing, it would not benefit you.”

“You’re not here to create a money printing scheme, you’re here to build a business,” he continues. “And businesses require hard work. Some people complain, like, ‘Is it really gonna take six months?’ Yes. Yes, it will. And let me tell ya, six months is fast. If you played a sport or learned an instrument when you were growing up, you’ll know six months is nothing. So why would your expectations for building your audiobook business be any different? This is a skill. It’s gonna take some time.”

Fair enough. I see where they’re coming from. I guess, for me though, between Christian and Rasmus and Alex and Daniel Locke (another coach inside AIA), surely they have enough profitable audiobooks that they could spare a case study or two, even if they end up getting copied like crazy, right? I mean, from the outside looking in, it’d be much easier to trust what they’re saying if I could see one of their live audiobooks and the money it’s bringing in each month. That’s all.