Modern Millionaire Does These Six Things Every Day 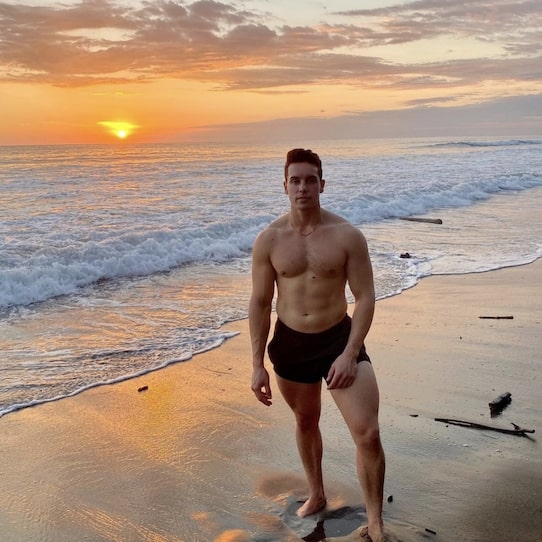 Modern millionaire Ravi Abuvala made his first seven figures by the time he turned twenty-five. He’s also coached thousands of other entrepreneurs, many of which have gone on to become millionaires themselves. So he knows a thing or two about making lots of money in modern times. It all boils down to habits, Ravi explains. Because your habits create your actions and your actions create your destiny. Habits, then, are that first domino that the non-millionaire never gets tipped over.

Ravi recommends six success habits. The first is to prioritize sleep. Something he didn’t do when he started his online business. Instead, he bought in to the hustle culture he saw in his newsfeeds. Worked eighteen hours a day, slept very little, and still got nowhere. Unless you consider broken relationships, forty pounds of extra body fat, and a whopping three K of income in his first nine months to be getting somewhere. No? Didn’t think so. Once Ravi made sleep a priority, everything changed.

The second success habit is what Ravi calls “one thing time.” It’s based off Gary Keller’s book, The One Thing, where you figure out that task that drives disproportionate results and spend as much time as you can on it every day. For Ravi, he’s got three hours every morning where he blocks everything else out, doesn’t check email, doesn’t get on social media, turns off his phone, and just hunkers down and works on his one thing. Maybe it’s filming a YouTube ad for his Remote Integrator masterclass, for example.

Habit three that made Ravi a modern millionaire in his twenties? Learning to delegate everything. Funny enough, he’s talking more about his personal life than his business. Like, why get your own gas and grocery shop and clean your place and wash dishes and put them away and do laundry and all the other menial tasks that no one seems to think twice about? How much time and energy and lost income is that costing you? Way more than you could ever imagine.

Fourth is more of a principle than a habit, but it’s that routines create freedom. “If you create habits and you have a routine that you follow every single day, it brings freedom to your life,” Ravi says. “And yeah, a lot of people will say they’re a free spirit and they don’t like routines. They just wake up and go where the day takes them. But that sounds stressful as hell to me. I do things at the same time every day, which creates predictability and allows me to schedule in fun things that I want to go do.”

Fifth is a mantra: “How you do one thing is how you do all things.” It’s sorta like this internal game Ravi has with himself. “Am I giving this my all or am I taking a shortcut?” Because, sure, you can cut corners on anything, you can half-ass your workout, but it’s gonna show and it’s gonna bleed over into business. See, Ravi doesn’t believe in business problems; it’s much more likely that you have personal problems you just haven’t addressed yet.

Last, number six, is Ravi creates feedback loops in all areas of his life. So think of something you wanna do, take action on it, measure the results of that action, and then adjust accordingly and take the next action. Journaling can help with this. So can devices like the Oura ring, which tracks your activity and sleep and provides you with scores to guide you moving forward. But there you go. Follow Ravi on Insta for more million dollar tips and tactics.