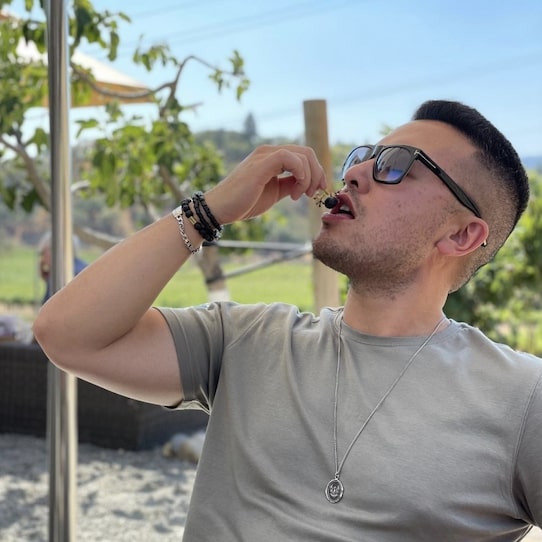 Tom Wang says one of his Amazon FBA students is already making one thousand dollars per day with her first winning product. Mary, from Toronto, Canada, was on mat leave from her nine-to-five office job when she decided to pursue Amazon. She dreamed of being able to stay at home, permanently, with her newborn. She also wanted to provide more for her young family, financially. Eventually Tom wore her down with his nonstop YouTube ads and she checked him out. Continue reading Mary’s story below.

Mary showed some of Tom’s content to her husband, asked his opinion. He was really supportive, encouraging her to go for it. After a couple of weeks of thinking it over, she did; she enrolled in Tom’s FBA Masterclass course and tore right in to the training videos. She spent a while on product research, trying to validate each potential item using Tom’s criteria. Eventually she chose something that was a little more on the competitive side but in a niche she was passionate about. (The baby niche, of course.)

She figured it would either fail and she would learn a lot or it would take off and she would have an Amazon business she really enjoyed working on. Now that she had her product selected, she needed to find an overseas manufacturer who could tweak the design to her liking. This would give her a competitive edge. She contacted around fifty suppliers, all based in China, and finally found the right match. She had her first batch (four grand worth of product) shipped directly to Amazon’s warehouse.

While Mary was getting her listing up, and taking care of labeling and all that, she wisely created an Instagram account and started building up her following on there. She had previous experience as a micro influencer on the Gram, so she knew the space, knew what kind of content to post and how to make it look good, even had some solid connections. Those connections came in handy when she went live, giving her an immediate influx of sales to help her listing climb to page one.

Today that one product is doing anywhere from seven hundred to a thousand dollars a day in sales. About thirty percent of that is profit. It’s surreal, Mary says, waking up to hundreds of dollars that had trickled in while she slept. But where does she see it going from here? She wants to build a real brand and launch other related products. “I wanna be able to grow it and see how far I can take it, for sure,” she told Tom in a recent interview which he posted to his YouTube channel.

Tom and Mary hope her story resonates with and inspires other moms out there. Maybe who feel underappreciated or who want to do more than just take care of the kids and clean the house. Moms rule. They have characteristics that make them great entrepreneurs. Empathy, patience, attention to detail, a good feel for what others need. Mary’s message to other moms considering Amazon FBA is to put yourself first for a change; invest in yourself; give yourself the time to explore this because it could change your life.

Mary has found the FBA Masterclass support group and coaching calls to be incredibly valuable. If not for those, she never would have given this a shot because she knew there’d come a time when she would get stuck and need to lean on others. Tom’s community and team were that last bit of confidence she needed to take the plunge. “Everyone’s really supportive of each other,” she says. “It’s really nice.” Follow Tom Wang on Instagram and YouTube for more Amazon FBA case studies.