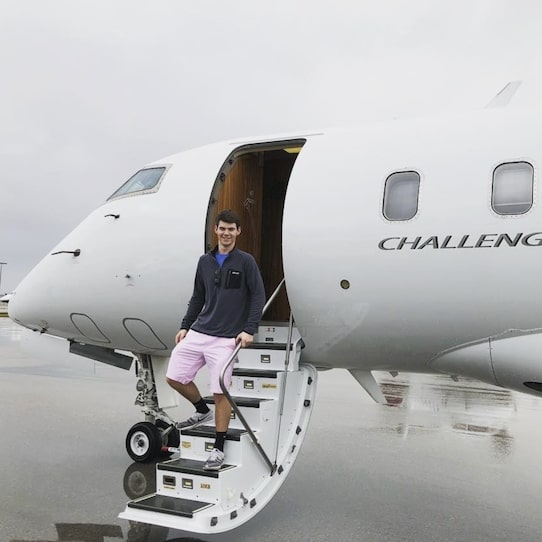 Trevor Berke is the fast-talking hype machine behind Automation Edition 2.0, where he sells a two thousand dollar course teaching his so-called Money Leverage System. So what is it? Credit repair. I know, kind of a letdown, right? And look, I can’t really fault him for taking something old and boring and making it seem new and exciting. That’s honestly just good marketing. But then he goes way too far with how fast and easy and automatic he makes it sound.

If you can look past Trevor’s obnoxious, over-the-top marketing, and for some strange reason you think you still wanna pay him two thousand bucks to join Automation Edition 2.0? Credit repair, in and of itself, isn’t that bad of a business. You don’t need a storefront; you can launch this from home and work remotely. It’s flexible. You can put as much time and effort into it as you want, building the business at your own pace. You can get started for as little as a few thousand dollars, so that’s cool.

What else? It’s rewarding work, since you’re helping people solve a pressing problem that has a pretty substantial negative impact on their life. Like Trevor says, it is scalable, although putting the systems and processes and people in place to automate it is gonna be much harder and take way longer than he suggests. Great margins, as long as you have a way to get leads that doesn’t involve paid advertising. You’re your own boss. You get to pick and choose your clients. And control your own destiny.

That said, Trevor’s Money Leverage System has its fair share of downsides, too. First and foremost, the space is saturated. There are MLM companies that help you start your own credit repair business; there are lots of other gurus who have courses and coaching programs that teach this, some of which have hundreds or even thousands of their own students. So yeah, competition’s stiff. To be fair, though, that’s basically the case with any internet business today. And at least it means there’s money to be made, right?

Second, though, is that it’s a tough sell. Sure, you’re helping someone boost their credit score, and yeah, who wouldn’t want that? But now you have to charge them a good chunk of change to do that for them, right? And these are already folks who’re struggling financially. And they don’t know you from Adam. Why would they trust you, why would they risk thousands of dollars on some stranger that sent ’em a PM on Facebook? Ya know what I’m saying? So it’s a harder sale than ya think.

And third, even if you do sign on a client or two, it’s probably gonna be pretty inconsistent. Assuming you’re not an elite-level marketer and stone-cold closer, you never know when that next paycheck’s coming. The roller coaster income makes it scary to ever walk away from your day job. Speaking of which, fourth, you’ll need to be organized and financially responsible. Are you up for forming an LLC, getting a business bank account, and setting aside money for taxes and insurance and all that?

Then there’s the learning curve. How do you even go about getting false information removed from someone’s credit report? The stress. What happens if you’re not successful? Expectations will be sky-high for as much as you’re charging. I could go on and on, but you get the point. It’s an okay business, but far from perfect. And way less sexy than Mr. Money Leverage System makes it sound. All’s I’m saying is, weigh everything out before enrolling in Automation Edition 2.0.