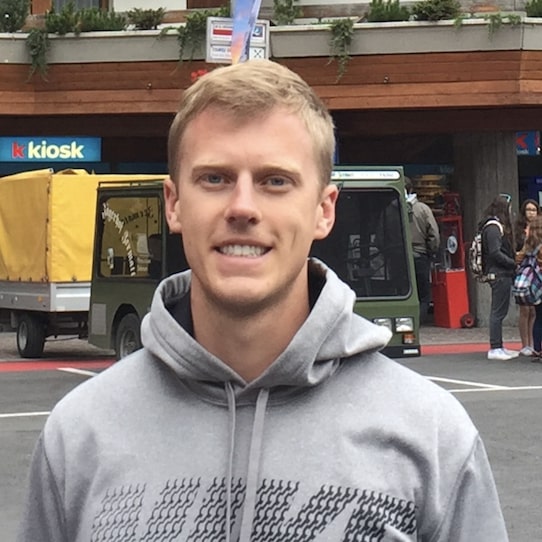 Jason Wardrop has this AI agency model that currently makes him five figures per month. In his latest YouTube ad, he claims you can clone it in under ten minutes. No fancy skills or online experience necessary. It’s a lot different than what most gurus are telling you to do, Jason says. They’re telling you to go find a small business owner, charge them fifteen hundred bucks a month to run some Facebook ads for them, and hope they stick around for a few months, right?

But that traditional agency model’s broken. Because, first, you need to know how to run Facebook ads. Which, if you’re a complete beginner, you’re gonna need some marketing experience and tech skills to know how to do that. So right there, newbies are screwed. But say you got Facebook ads all figured out. Cool. Good luck convincing that chiropractor to keep shelling out fifteen hundred bucks a month plus five hundred for ad spend when they’re hardly making two grand back, Jason laughs.

The way he sees it, you either never get your agency off the ground, or you do, but you’re perpetually churning and burning clients, which is about as much fun as a colonoscopy. “Like this is what sold me on the digital marketing agency from the get-go,” Jason recalls, “because I thought, ‘Okay, these gurus are saying to charge two thousand dollars a month for your services, if I go out and get five clients, I can make ten thousand dollars every single month.’ And I thought that sounded absolutely amazing.”

“And then I started going down that road, as most of you guys know that have been following me for a little while now, and it was an up and down roller coaster, right? Like I was charging fifteen hundred dollars per month at the time, and I’d get one client and be super excited. Then I’d get to three thousand a month, then forty-five hundred, and then I had one month where it was like six thousand. So I had four clients, and then like a month later I dropped all the way back down to fifteen hundred dollars a month.”

Compare that nightmare to the five figure per month agency Jason runs today. Which he created after reverse engineering the biggest agencies in the world and realizing two important things. One, most of them were software companies. And two, the average ticket price was only three to five hundred bucks a month for their SaaS. Why not model what works, right? So that’s what Jason did. He began leveraging software, systems, and tools to rebuild his agency like the big boys in the space.

All you have to do is go set your new clients up once, copy and paste the features they want their software to have, the software will handle the fulfillment for you, and they’ll happily pay that three to five hundred per month. So there’s no spending hours setting up ad campaigns, no ongoing maintenance, nothing like that. “And at three hundred dollars a month, it’s a price point these local businesses can actually afford,” Jason says. “Then what you can do is offer them two months free if they pay for a year up-front.”

So in a perfect world, you’re knocking down three thousand dollar sales; and if you get just three new clients a month, boom, there’s that nine K a month he promises in his YouTube ad. Hmm. I agree with a lot of what he’s saying, I like the lower price point and the passivity of selling software as a service, but. I’m not quite buying that us non-techie people can piece together or hire out a software that’s gonna be worth a damn, that small businesses would be willing to pay for. Who knows, maybe I’m wrong. Check out Jason’s My Lead Formula program for more details.