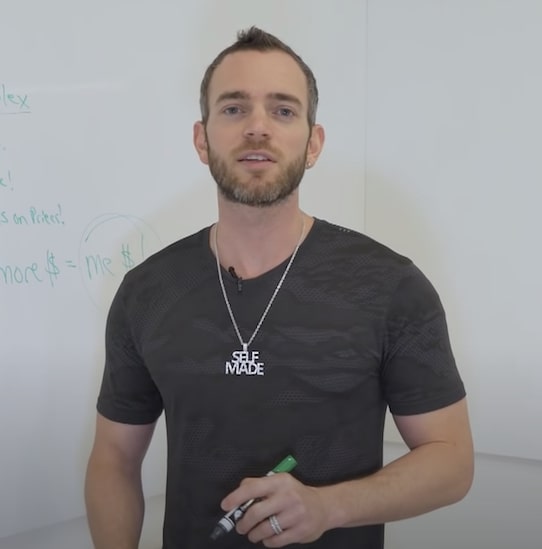 Anthony Morrison promotes a new business opportunity every week it seems. This week it’s Partner With Anthony (PWA). I just watched his YouTube ad for it. Smart angle. “Selling on Amazon is hard; affiliate marketing, which you’d be doing if you partner with him, is not.” And who wouldn’t want to partner with a mega millionaire such as him? Ah, not so fast. There’s something important you need to know first. Scroll down for my Partner With Anthony review.

Affiliate marketing is nothing new and Anthony doesn’t pretend that it is. The concept is simple. You refer customers to other businesses in exchange for a commission. It’s appealing because it’s so hands-off. Leave the creating, branding, billing, support, hiring, firing, and so many other headaches to the owner. You just focus on traffic. Which makes it both lifestyle- and beginner-friendly. Question is, what should you promote as an affiliate?

Digital products like courses and software are ideal because the cost of goods sold is so low. Vendors can afford to pay you more without shortchanging themselves. Anthony is one such vendor. Inside Partner With Anthony, he’ll not only teach you the basics of affiliate marketing, but incentivize you to go ahead and send him more sales. Gee, didn’t see that one coming. Okay, so maybe Partner With Anthony is a little on the MLM-y side.

But I don’t hate the idea. I get why people join network marketing companies and/or cut their teeth with affiliate marketing. These models let beginners skip so many steps, so many of the stresses that come with running your own business. You can succeed with far fewer skills. Like Anthony said, you really only need one skill. You need to be good at driving targeted traffic to a high-converting offer. That’s it. If you can do that, you can make money.

And Anthony Morrison is one of the best internet marketers alive. You would think his offer, his marketing and sales assets would work as well as anyone’s, right? So I get the appeal. I do. Especially when you consider how affordable his program is. Partner With Anthony costs ninety-seven dollars. Or, you can pay seven bucks a month, and join that way. Pretty low risk assuming you’re not forced to buy a bunch more courses, coaching, software, and tools once inside.

I wouldn’t blame anyone for trying it out. The only word of warning I would give you is this. The lower the barrier to entry a money making opportunity has, the more competitive it’s going to be. Think about it. Who doesn’t have seven bucks to enroll in PWA? And if tens of thousands of aspiring affiliates come in and promote PWA right alongside you, using the same strategies and messaging and landing pages that you are? It’s going to be tough to stand out.

Before long, everyone’s fighting over the scraps. Doesn’t make Anthony a bad guy. Nor does it mean you shouldn’t consider PWA. But you need to be realistic going in. You’re going to have to become one of the very best at driving traffic in order to make good money with this. It’s just math. If ten thousand members were each making ten grand a month with PWA, that’s a hundred million a month in revenue. Anthony’s good but he’s not that good. There aren’t enough buyers to support the majority of people succeeding.