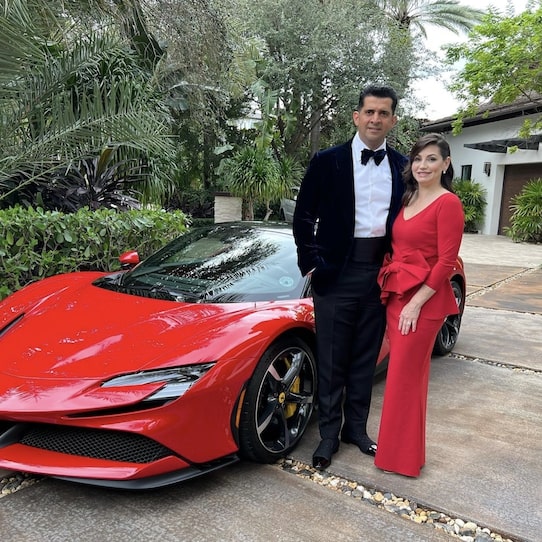 Valuetainment’s Patrick Bet-David was just on The Iced Coffee Hour with Graham Stephan and Jack Selby. He looked like a million bucks, rocking a Carolina blue blazer, sporting a nice end-of-summer tan, not a hair outta place. After giving his thoughts on a wide range of topics, from insurance to parenting to how he motivates his sales reps, Graham straight up asks him: “Can you share some numbers of like net worth or how much you make in a year?”

Patrick pauses, not exactly sure how to tackle it. How much do I wanna divulge here? Meanwhile, Graham’s salivating like a puppy in a pie shop, awaiting his answer. “It’s not a public number,” Patrick eventually says. “But I sold one of my insurance companies, uh, just shy of—it’s a multi multi multi 9-figure check that we got. I owned 83% of it. And a lot of it was cash. So I have that. And I have a big chunk of stock in a company that’s doing very very well in where it’s at. So that’s that part.”

“Now if you’re asking net worth,” Patrick continues, letting out a big sigh, “you wanna count paper or you wanna count cash? [Jack chimes in, wants to know both; Graham’s legs are crossed, he’s trying to play it cool, but he’s now sitting in a puddle.] Cash is… probably sitting on shy of $200 million of cash right now. [Graham nearly floats away, manages to ask Patrick where he keeps it all.] Where do I keep it? I keep it with my advisors who manage my money.”

So, based on that, it depends how you wanna define net worth. Are we counting fair market value for what his houses and cars and art and jewelry could be sold for? What about all that stock? Or how ’bout if he were to exit Valuetainment? And who’s to say what that’s worth without him being the face of it? It gets tricky, huh? I like to keep it simple and kinda look at worst case scenario, and not count all that highly conditional stuff. Which means, for Patrick Bet-David here, that number’s around $200 million.

It’s interesting, Graham also asks him what he thinks about another guy who’s just been teabaggin’ the entire internet lately. None other than Andrew Tate. Here’s what Patrick had to say: “I think he’s a stud. I think he’s scaring the crap out of a lot of people. If I woulda gone a different route, I woulda gone the Tate route. I just chose a different route to go. I think he’s making a lot of good arguments that’s p*ssing people off. And he just keeps pressing on that button harder and harder as people get annoyed.”

“A lot of content creators right now are envious of the guy, of what he’s doing,” Patrick continues. “And they wanna say, ‘Well he’s running this affiliate marketing thing and he’s running this scam.’ Listen, he’s selling an online course, which many people have done; he’s just doing it on a bigger scale than others. But here’s the reality with Tate. The biggest challenge he’s gonna have is what? How much can the world consume that content before they get over it? Is it a one-year thing? Is it a three-year thing?”