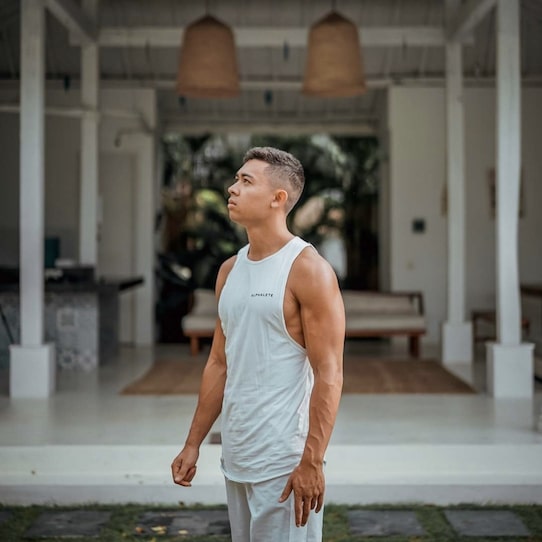 A couple years back, Mike was in a downward spiral. Depressed, drinking too much, didn’t wanna finish school and be stuck in a nine-to-five. So he went to a Tony Robbins event, found his why, then a mentor, then started making big bucks as a digital nomad. Now he’s partnered up with that mentor (some dude named Gerry Cramer) to sell you this “Silver Lining System” or “AI-powered funnel” or “done-for-you product that converts” or whatever other jargon he comes up with to describe it.

Which, Mike must think you’re an idiot, because, come to find out, this “10-day-old idea,” as he says? Is just promoting ClickBank products as an affiliate. Literally something that’s been around since 1998. So you pick a digital product from their marketplace, run a YouTube ad, get people to click your affiliate link on the “splash page,” then sit back and watch commissions pour in. “Does that make sense?” Mike asks over and over (and over and over and over), as if he has Tourettes.

But don’t worry, Mike and Gerry (and another random guy named Keegan) are not only gonna show ya the top ClickBank offers to promote, they’ll also hook you up with ads and templates and swipes that’re battle-tested are ready to make you money. Skeptical? Don’t be. Mike flashes lots of screenshots taken from their Inner Circle Hive private Facebook group, where students are raving about the training and community. For me, though, there’s still three deal-breakers. Read on, I’ll explain.

First, I can’t stand Mike Vestil. He’s narcissistic, dumber than a box of rocks, bends the truth, and probably missed his calling as a backup Abercrombie model. I don’t trust him and my ears might start to bleed if I had to listen to him a minute longer. But hey, different strokes for different folks, right? Maybe you’re a twenty-five year old bro who can look past all that if it means you, too, can live in Bali and spend your days having a buddy take shirtless pics of you pondering the meaning of life by pools and palm trees and cliffs (oh my).

Which brings me to deal-breaker number two. ClickBank. Wouldn’t touch it with a ten-foot pole. The products are trash and only sell because they use the hypiest sales pages I’ve ever seen. Then, when a poor customer gets duped into buying, they get upsold more garbage they don’t need. And then yeah, if you referred that buyer, congrats, you’ll see a seventy-five percent commission or whatever show up in your ClickBank account. But. Will it stay there? Or will it get clawed back once that person refunds? Either way, can you feel good about it?

And even if you can, here’s my third and final warning. There’s only a handful of products doing well at any given time on ClickBank. If thousands of Profit Singularity members are all running the same ads to the same splash pages to the same sales pages for those same handful of products? Um, can you say saturation? Other than that, Profit Singularity costs twenty-five hundred bucks (or three installments of nine hundred and ninety-seven) if you’re still interested. God bless ya if you are.