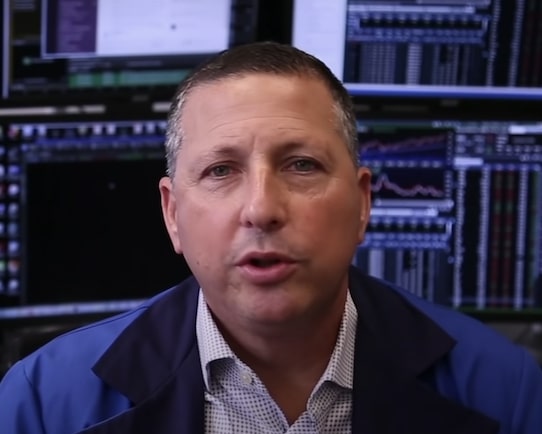 Scott Bauer wants to know if you’re looking to step up your options trading strategies. If so, for a “limited time,” he’s got a quick start guide with your name on it. “So I have taken all of my experience over the last 25+ years and put it into three magic steps,” he says in his YouTube ad. “What is the goal of those three magic steps? It’s obviously to maximize your profits. But just as importantly, it is to minimize risk.”

On the surface, Scott Bauer certainly seems legit. He got his start on the CBOE back in 1992. He went on to become the Vice President of Goldman Sachs. He’s made countless appearances on CNBC, Bloomberg, FOX Business, and the TD Ameritrade Network. And, unlike other trading gurus I’ve reviewed, he doesn’t give off that same shyster vibe.

However, after doing some digging, I may have been wrong. For starters, when I clicked on Scott Bauer’s YouTube ad and signed up for his quick start guide, it never came. Who knows, maybe it was an email deliverability issue. I’ll give him a pass on that. But it did feel a little bait-and-switch-y, as, immediately after I entered my info, I was hit with this Options Power Session webinar that just so happened to be starting in 30 seconds. Of course, when I tried to register, I couldn’t. The form wouldn’t load. Ugh.

Now I’m triggered. I mean, yes, tech issues happen, but this is ridiculous. Curious to know if others were experiencing the same thing, I went to Google and started searching. I figured I’d come across lots of glowing reviews from Scott’s Prosper Trading Academy students. Once again, at this point, I still thought the guy was the real deal given his credentials. Unfortunately, what I found was mostly just complaints about Scott and his program.

For example, on the Better Business Bureau, where, to be fair, Prosper Trading Academy LLC has an A+ rating, someone by the name of Larry C. wrote, “I signed up for a one year contract and paid $2,500. I watched, listened, and practiced for three months before I ever put any of my money in play. He [Scott] explains the trade and sends out emails explaining the trade. All very helpful to a novice.”

But when Larry began trading with real money, despite following Scott’s instructions to the T, things went south. “In two months, I lost 66% of [my] money and somehow nearly every trade was a loser,” he explained. “Even the law of averages says I should break even on a few. Nope. I did get knowledge, but it was far too costly. I could have flipped a coin and done better.” Ouch.

Reddit users were unanimously skeptical as well, reasoning that Scott Bauer figured out the best way to get rich trading was to sell a “how to get rich trading” course. To be fair, none of them had purchased Prosper Trading Academy and put the material to test.

Trustpilot painted an entirely different picture. There, 88% of reviewers gave Scott a perfect five star rating. But many of them seemed suspicious. Generic names. No profile pic. Prosper Trading Academy was the only thing they’d ever reviewed on there. And instead of sharing specifics of how much they’d made, it was just generic stuff like, “Great support!” and “Best company!” Or, “I’ve grown my account with their training. God bless them!”

Based on Scott’s faulty funnel, unhappy students, and possible planting of at least some of those “excellent” Trustpilot reviews? Combined with the fact that trying to beat the market is nearly impossible? I personally would want no part of Mr. Bauer’s Prosper Trading Academy.