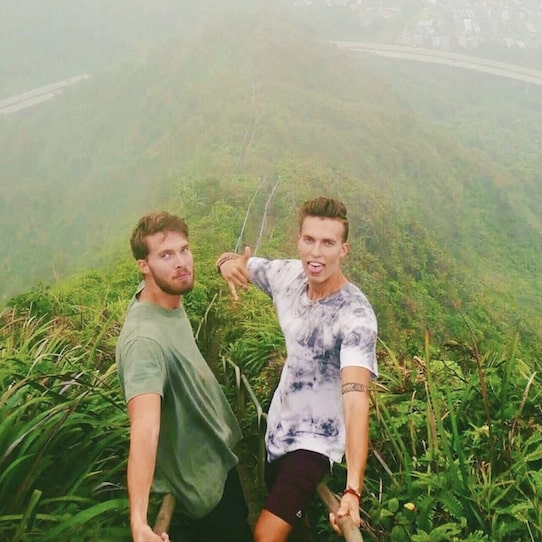 Mikkelsen twins Christian and Rasmus have identified five deadly mistakes that prevent the majority of their AIA members from profiting with Amazon publishing. The first is unrealistic expectations. Something their Publishing Life ads don’t help with, as they’re awfully misleading. But anyways, if you go in thinking you’re gonna launch a book or two and be at ten K a month within the first few months, you’ll feel like a deflated balloon when it doesn’t happen; and that could cause ya to quit.

Whereas, if you set the bar low and end up doing better than you thought, you’ll be pumped, right? It’s all perspective. The sixteen year old who expects a Lambo and gets a BMW is devastated; but if they were expecting a Honda Civic and got that same BMW, they’d be elated. “So just chill with the expectations,” Rasmus says. “It’s gonna take a few months, maybe half a year before you start seeing results. And that’s normal, and that’s fine, and it should not stop you from continuing.”

Deadly mistake number two that keeps the average Audiobook Income Academy student from making money? Not diversifying their publishing business. And they don’t mean like number of books or niches, necessarily, but more so, the number of formats and platforms you take advantage of for each book. If you just make it into an audiobook and publish it on Audible, you got all your eggs in that one basket. But if you make it into an eBook and post it to Kindle Direct Publishing; and paperback and list on Amazon? Your odds of success just tripled. But it doesn’t have to stop there.

“For us,” Christian says, “we literally have five different income streams for each book we publish. Amazon, Audible, Draft2Digital (which actually publishes it to lots of other platforms), PublishDrive (which is similar to Draft2Digital), and then finally, IngramSpark (which lets you do both paperback and hard cover formats). But diversifying and putting your books on every platform requires no additional investment. It doesn’t require you to do anything other than put it up there. If you don’t do it, you’re leaving money on the table.”

Mistake three that keeps people from living the Publishing Life is analysis paralysis. “What is analysis paralysis?” Rasmus says. “It’s not taking action because you are overwhelmed and afraid of making mistakes; you don’t wanna do something wrong and then mess it up, so in the end, you’re just stuck in this analysis stage where you’re trying to figure out: How do I not mess up? And you’re just frozen, you never actually do anything. Happens to people all the time. Probably the number one culprit of failure inside AIA.”

Fourth? Is just not being one hundred percent committed to the publishing business. So many members join AIA, they talk a big game, promise they’re gonna do whatever it takes, then, six months later, they’ve only got one book out and it’s only on Amazon. And maybe it’s because of one of the previous mistakes. Unrealistic expectations or letting fear of the unknown stop you dead in your tracks. Or maybe you get shiny object syndrome and you start doing Amazon FBA and drop shipping and flipping NFTs on the side. Chase four rabbits, catch none, right?

Not surprisingly, the fifth and final mistake self-publishers make is not working closely with a mentor. The Mikkelsen twins want you to pay two grand for their main course, then level up into higher dollar programs where you get more individual attention. You need the extra hand holding, the accountability that only a coach can offer. So check your ego, Christian says. Mentoring doesn’t “cost” you anything; it makes you exponentially more than you could ever make on your own.