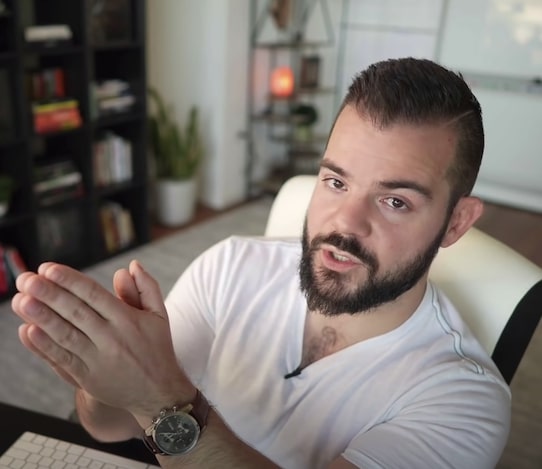 Cole Gordon says the gurus have it backwards. The path to ten grand a month isn’t through coaching, consulting, dropshipping, Amazon FBA, starting your own agency, or getting into real estate. Those things works, sure. But there’s a faster, easier way. You just need to learn one lucrative, recession-proof skill; that’s it. And you can be your own boss, set your own schedule, and hit six figures working part-time hours. Read on for my Remote Closing Academy review.

Cole discovered this five years ago. He was a broke bartender making eighteen grand a year, working nights. Getting people drunk for a living also wasn’t very fulfilling. He needed a way out, but didn’t want to build a big team or create complex funnels or run risky ads. Really, if he could just make six figures a year online, control his own schedule, and free up some time to do the things he enjoyed, he’d be more than happy.

Being a remote closer checked all the boxes. This one, simple, almost forgotten about skill (phone sales) was his ticket out. He was able to cross the ten K a month mark without all the headaches that come with having your own business. It gave him a sense of purpose too. He was solving a gut-wrenching problem for a small but quickly growing group of wealthy internet marketers: poor closing rates. Now he’s helping others do the same.

All you need to be a remote closer is a smartphone and a little three-by-five index card with Cole’s secret script. That’s all that stands between you and a digital side hustle that could net you six figures or more per year. Just take inbound calls, enroll as many as you can, collect juicy commissions, repeat. No fulfilling, customer support, hiring, firing, marketing, advertising, content creation, cold calling, or any of that other stuff.

Success as a remote closer comes down to nailing three steps. First, picking the right offer. E-learning is the niche you want to be in. It’s exploding in size. So lots of demand. High ticket plus low overhead means bigger commissions. But not all programs are created equal, right? You want something that’s already selling well. With lots of social proof. And a steady stream of warm leads.

Step two is enroll, don’t sell. These leads came to you. They’ve jumped through several hoops. They’re already interested in buying. This takes all the pressure off of “being great at sales.” Simply answer their questions, reinforce their vision (why they scheduled the call in the first place), overcome their objections in a non-sleazy way, and help them get started.

Third and final, model a mentor. Especially if that mentor can connect you with validated offers that have case studies and testimonials and plenty of inbound calls that need closed. Cole just so happens to know a guy. Him. In fact, his other program, 7-Figure Selling Academy, has hundreds of these very programs; programs you could step in and sell for as soon as you’re trained up. Remote Closer Academy will do just that; and then Cole will work with you until you land a gig. No mention of how much RCA costs, but Cole implies it’s pretty expensive. Don’t apply if you’re broke.