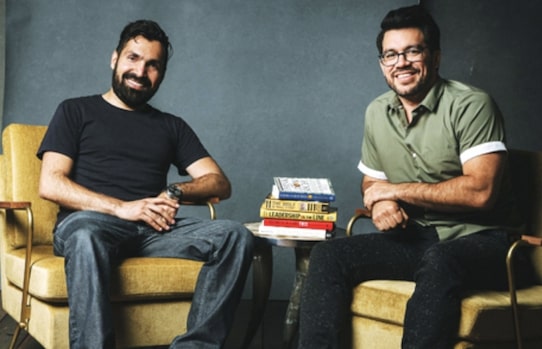 Dr. Alex Mehr and Tai Lopez are spending a small fortune running ads to pitch their latest scheme, Retail Ecommerce Ventures. Essentially, they’re scooping up well-known offline brands that have fallen on tough times and transforming them into ecommerce brands.

If you’re an accredited investor and want in on the action, Tai and his infamous partner in crime, “doctor” Alex Mehr, would like you fill out a short application and hop on a live Zoom call with them this week. There, they’ll share the specifics of the deals they’re doing. You’ll have to sign an NDA. And you can evaluate whether or not you’d like to co-invest with them.

Tai adds that the brands they’re buying are the real deal. For example, in 2019, they bought Dressbarn from a publicly-traded company called Ascena. In the year prior, Dressbarn had done around $700 million in revenue.

Skeptics didn’t think they’d be able to turn it into an ecommerce brand. They figured the online sales they were getting was purely due to having all the physical store locations. Yet, when all the stores were shut down and REV relaunched the website, on day one, moment one, there were sales.

“These brands have value,” Tai says. “That is our thesis. We wanna share with you many things that I can’t even say on this video. If you’re an accredited investor, click that link below. We do not share your info. We definitely do not sell your information.”

“Let us share with you what we consider to be one of the best strategies you can invest in as a private investor. And, you know, stock market’s there. It’s doing what it’s doing. But there’s a lot of deals circulating that people don’t know about. I believe this is an opportunity you don’t wanna miss out on.”

Retail Ecommerce Ventures lists the following as their current holdings:

While everything seems on the up and up on paper, I do have my concerns. First, the minimum buy-in is a half a million dollars. And, per the fine print, Tai and Alex would get to hold onto that money for at least five years. That’s a lot of risk for the average person to take on.

Second, Tai and Alex both have shady backgrounds. They’ve been called con artists, scammers, charlatans, and worse. Sure, that’s subjective. Yes, there are plenty of trolls online. And, of course, anyone selling a competing biz opp has an incentive to try and make them look bad. But still. If you Google these two, it ain’t pretty.

Third, are they investors or internet marketers? I’d argue, the latter. Which doesn’t mean they can’t become great investors, in due time. But hey, if my money’s on the line? I’d just as soon bet on someone who’s already a proven commodity in the investing world.

Fourth, is it just me, or is it weird that they’re spending millions of dollars out of their own pocket to sell you on this co-investing dream? I dunno. Something just seems off here. If it was so great, would they need to run nonstop YouTube ads? Or would the word start to spread organically? Too many red flags for me.