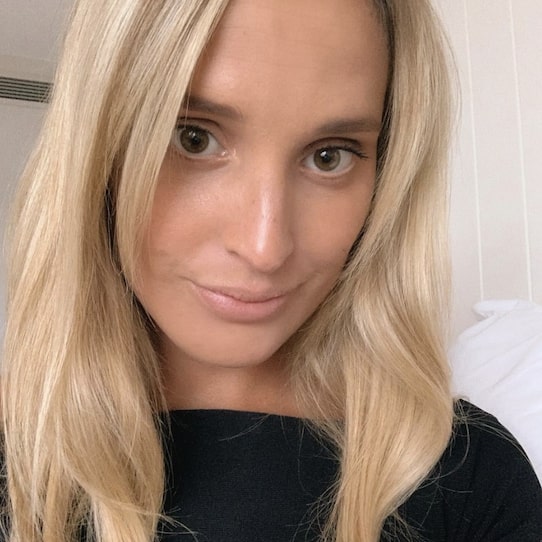 Gretta van Riel is a serial entrepreneur from Australia. She’s on the Forbes 30 Under 30 list, with five multiple seven figure brands on her resume. She’s partnered with Shopify and Foundr magazine to create courses that break down her approach to starting and scaling successful ecommerce brands. What is her secret sauce? Why does everything she touch turn to gold? Read on, I’ll tell you. Then, at the end, I’ll reveal her net worth. It might surprise you. It did me.

You don’t need to come up with a new product or reinvent the wheel, Gretta explains. You simply need to create something different and better than what’s out there. So you could take a baby bottle, for instance, and insulate it so that it warms the milk up to perfect drinking temperature. Or you could take a razor and improve the lubrication to reduce accidental cuts and annoying post-shave bumps. Or turn a jump rope into a “smart rope” that counts skips, time, calories burned, etc.

Coming up with a big idea isn’t the hard part. You just use common sense and read negative reviews to identify pain points in the marketplace. Executing is the hard part. After all, there’s probably a reason the improvement you came up with hasn’t yet been done. Maybe the manufacturer isn’t set up to accommodate it. Maybe they could but it would drive up cost so much that it would no longer be profitable. This is where you have to actually think and act like an entrepreneur.

You have to problem solve and take a risk and stick with it. Whatever it takes to make it happen. Or, maybe there’s an easier way to pull off “different and better.” You could also differentiate by the market, Gretta adds. Meaning, the group of people you’re selling the product to. Example: instead of creating a “smart rope,” you could identify another niche of buyers for a standard jump rope. Like, who else besides boxers and CrossFitters might be talked into getting one?

Gretta believes successful people are just unsuccessful people who know how to recover from mistakes. When you make a mistake, own it, grieve it, learn from it, and move on. Over time you will develop business resilience. You’ll start laughing at things that used to stress you out. You’ll bounce back quicker from losses and increase your odds of winning with each new task or project. Remember, you’re never starting over “from scratch.” You’re starting over “from experience.”

And another thing, consistency compounds, Gretta says. Never underestimate the return on small, consistent efforts. It might seem like you’re getting nowhere, nowhere, nowhere, and then all of a sudden something life-changing happens seemingly overnight. So keep doing, keep pushing, keep creating. There is time for you. There is space for you. Success is not finite. Nobody has to settle for less in order for you to achieve more. All of us can level up together.

Bottom line, stop overthinking, start doing. Just six months of hardcore focus can catapult you five years ahead in life. Ask Gretta how she knows. When she started SkinnyMe Tea (SMT) she was twenty-two years old, working a full-time job, and had just twenty-four bucks in her bank account. A half a year later, she was doing six hundred K in revenue at a profit margin of about seventy percent. Her net worth is reportedly five million dollars. I thought that was a little low. You?