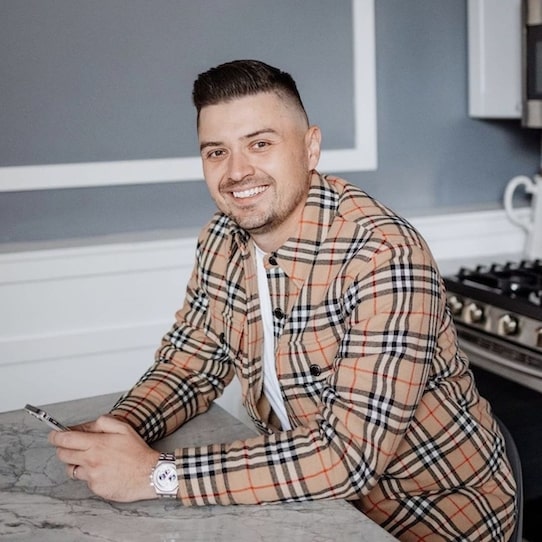 Peter Pru is the face of Ecommerce Empire Builders. He used a little trick, something he calls the Master and the Puppet, to become a millionaire. “Most of us have gone through our entire lives, using our minds and our bodies as one,” Peter says. “It really isn’t the case though. And I know it might sound a little weird, but they’re completely separate. Think about it. There’s days where you set your alarm clock for 5 AM so you can get a couple hours of work in online before you go to your full-time job, right?”

“But oftentimes that next morning comes and you hit snooze,” he continues. “That is the disconnect. In your mind, you wanna get up, you want those things. But your body? It wants comfort. And that’s the first thing that you have to understand about this concept. So the Master is your mind. And the Puppet is your body. And the body always wants the comfort. That extra slice of pizza, whatever it is. It always wants to go back to that thing that you’re used to.”

“But your mind has all these goals. You want the body, the car, whatever; things that you’ll have to get uncomfortable in order to get. This is so important, guys. To achieve things you’ve never had before, you have to do things that you’ve never done before. That to me, is a quote that still gives me goosebumps. Because the beginning of anything new is always so hard. Business, investing, you don’t see the returns that you thought you’d see, right?”

“Truth is, this is a process. And the longer you’re in it, the better you are. It’s kind of like that stock saying: ‘Timing the market versus time in the market.’ That’s what’s more important; staying in the market, not selling off when everyone’s scared. Like in our Empire Builders community, I see so many people come and go. But the ones who stick with it? They break through. They’re successful. Why? Because they just kept going.”

Peter’s found that most people in the ecom space, especially, they buy a course, they start off good, and then by day fourteen to day thirty, they’ve quit. They got their Shopify store up or whatever, maybe they launched a Facebook ad or two, didn’t get any sales, book, shut everything off. But millionaires and billionaires? They don’t act this way. They know failure’s part of it. They know they’re gonna have to get comfortable being uncomfortable, and do the hard stuff when they least feel like it.

In other words, what Peter’s getting at here, is successful people are the Master of their Puppet. They use their mind to force their body to do what needs done, over and over, for as long as it takes, to get the end result they’re after. Which is exactly what Peter did to become a multimillionaire through ecommerce. So if you’ve been getting these sort of meh results, maybe you need to take a page outta Peter’s book and embrace some discomfort in your life.

“You’ve gotta train your your mind and your body to be separate,” Peter says. “Because you wanna make that uncomfortable situation seem comfortable. That’s how real progress is made, right? Like if you told me ten years ago I would have thirty people working for me, I’d a been like, ‘No way, I don’t want that. That’s scary.’ But that’s my comfort now. I’m like, ‘Okay, let’s hire more people.’” Anyways, other websites list Peter Pru’s net worth at around four million dollars.