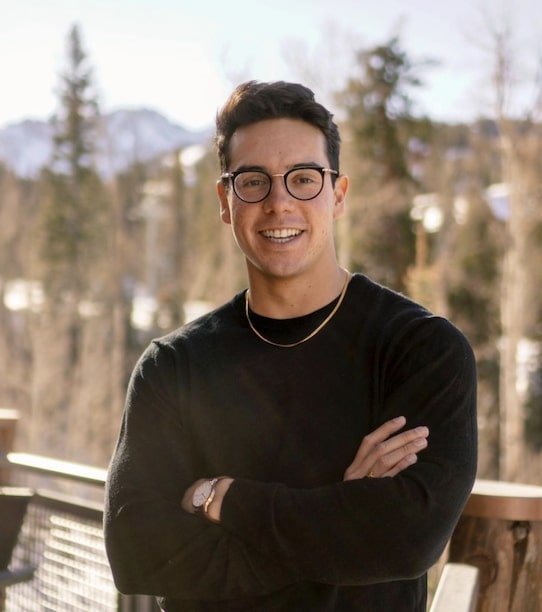 Ravi Abuvala makes over a half a million dollars a month, half of which is profit. His journey began in 2018 when he launched his advertising agency. After building that to a seven figure valuation, he created his coaching business, Scaling With Systems, to teach others what he had learned along the way. Is he legit? Let’s find out. Scroll down for my review.

Ravi believes your first priority should be to get one good case study under your belt. Something to prove you can actually get people the result they’re after. Plus, it scales. You can package this up, put it on a simple page, and drive as much traffic to it as you want. Finally, it’s passive. The case study tells and sells while you live your life or work on other things in your business.

Ravi recommends you use virtual assistants to send outbound messages to sell your service. Drop your price if you have to. You’re just looking for proof of concept at this point. “Will someone pay for this?” Only after you get a buyer do you go and build the fulfillment mechanism. Make it efficient, easy on both parties, and it better deliver the transformation you promised. If not, refine. If so, collect case study and proceed to step two.

Get eyeballs to case study. How? Ravi likes to send valuable emails out to his list (which I’m assuming he’ll teach you how to build inside Scaling With Systems) and have them click through to the case study page. He then retargets that traffic, driving them back to other assets, be it a sales page, YouTube video, a second case study, anything to increase their desire to work with you.

If everything goes according to plan, they’ll fill out an app and book a call to learn more. Your inbound closer does their thing. Boom. Now they’re a client. Now run the marketing machine even harder. Enroll more clients. Repeat. Scaling With Systems members get trained VAs who can handle most of the monotony of lead generation, lead qualifying, and even lead closing in some cases. (I would assume you’ll pay extra for this?)

Although Ravi didn’t mention an exact price for SWS, he did say it was “five figures.” Other reviewers believed the cost was around $12,000. If that’s not a deal-breaker and you’d like to work with Ravi, well, you know the drill: book a call, get sold, then get busy. Within two to three weeks of enrolling in SWS, you should have your offer and message dialed in with a virtual assistant getting you at least five calls per day. A few weeks later, Ravi says you’ll have a working sales funnel, profitable paid ads running, getting 10+ calls a day. By month three, you’ll be completely removed from the day-to-day operations, focused solely on growth and reinvesting your profits.

If that sounds good and you’d like to skyrocket your business to $100k, $250k, even $500k or more per month, “Let’s talk,” Ravi says. Which, honestly, that was the only part of the pitch that bothered me. Even if he’s got a handful of clients who’ve achieved said numbers, I really think he should be careful implying it’s a “sure thing” to hit those numbers. It’s not. Even if Scaling With Systems is a perfect program, the average student won’t make anywhere near that much money. Everything before that was fine. Overall a great offer. Just expensive.