Tai Lopez: How To Get What You Want In Life 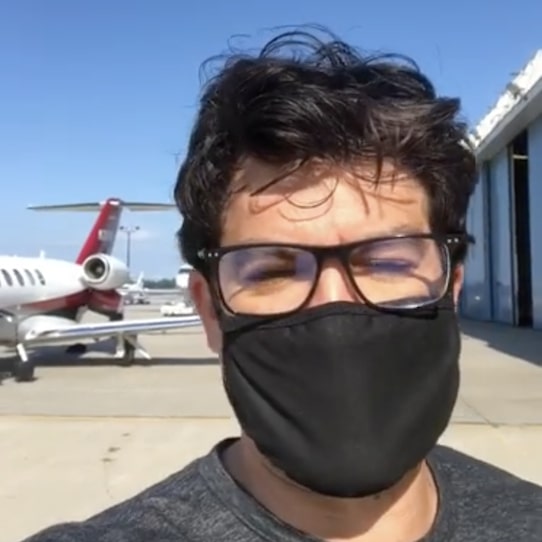 Tai Lopez believes you can get almost everything you want outta life. But. It’ll take a year or two longer than you expected. “Be patient,” Tai says. “And that patience is one of the most rare ingredients found in this modern world. Almost everybody I meet—and I see this on TikTok, people posting their journey to financial success (“In January I was working at McDonald’s, having a hard life. In February, I quit. By April I was flying to Dubai in a private jet.”)—that’s not a real journey. Money’s made with blood, sweat and tears.”

And if it’s not, like say you win the lottery? Statistically speaking, you’ll be broke in about three years. Five, tops. You see this in pro athletes as well. These guys, they didn’t grow up learning the foundations of wealth. So someone makes it to the NFL, they make $5 million a year for a handful of years, retire, and guess what? They’re flat broke after two years. Now some of that’s from a lack of training, from our parents and our school system not teaching us how money works.

“But also, it’s a lack of patience,” Tai explains. “Meaning, you make your first million dollars, and now you’ve tasted wealth so you’re like, ‘I’m gonna make $100 million and now I’m better so it’s not gonna take very long.’ But that’s not how the game goes. The average real millionaire, that keeps their money, takes 12 to 20 years. And I remember being 19 and going, ‘I’m not gonna wait that long.’ And sure, you can shorten that learning curve, but you can’t make a baby grow 10 times faster by feeding it 10 times as much food, can you? You’ll kill it.”

“So a lot of people don’t understand the cadence of wealth creation,” Tai continues. “So what if you’re impatient? What if you just don’t have the time? Well, you’re probably gonna be poor. But let’s say you wanna try to break the natural laws of this universe and you wanna feed the baby so that, instead of 21 years to grow up, you make it happen in, ya know, eight years. I’m okay with that. I’m okay with shortening the timeline down a little, but it’s gotta be realistic, ya know?”

So to do that, to speed things up a reasonable amount, the first thing Tai wants you to know is: Yeah, ya gotta learn through mistakes, but no one says they gotta be your own mistakes. Learn from other people’s mistakes. Read biographies and autobiographies and business books. Condense someone’s entire life down into a single day of reading, right? If you ain’t reading, you ain’t leading. Second is, use social media, but don’t have it used against you. Publish content to make money, but don’t be spending 1–2 hours a day zombie’d out on TikTok.

Third is shadow. Find three people who’ve already got what you want, who’re roughly 20 years ahead of you, and shadow them. At least one of ’em’s gotta be in person, too. Not everything in life can (or should) be done over Zoom. Good news is, when you’re broke, it’s not that hard to find three good people to shadow. After all, at that stage, pretty much anyone and everyone’s ahead of you in business. The richer you become, the harder it’ll be to find the right mentors, but hey, that’ll be a good problem to have.

“Bottom line,” Tai says, “you can get what you want outta life. Most of the things, it’ll take one or two years longer to start working. Listen carefully. I didn’t say you will get it in 1–2 years. I said it’ll take 1–2 years longer than you expect. Be patient. Patience is rewarded eventually, almost always. Train the mind. Everyone trains their body—you got CrossFit, you got cardio, people lift weights—where’s the training of the mind? Where are the people who are doing patience training?”