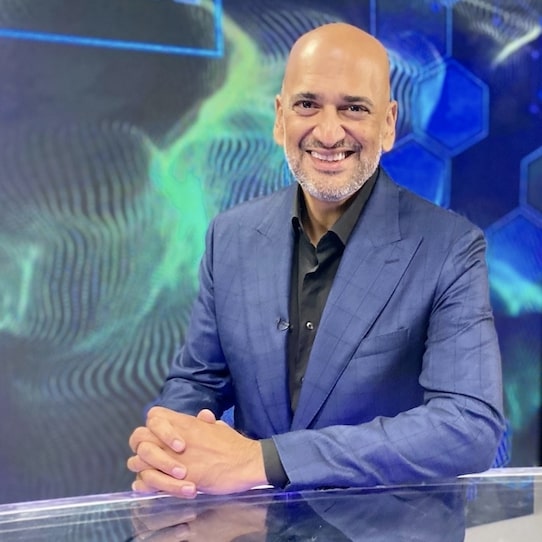 Teeka Tiwari brands himself as the number one most trusted expert in cryptocurrency. But to understand why Bitcoin and other crypto assets have value, he says, you need to first understand what the blockchain is. Because if not for blockchain technology, every coin would be worthless. In fact, crypto assets wouldn’t exist at all. So, at its fundamental core, the blockchain is simply a new way of securing, storing, and accessing digital information. It’s a computer code, not a third party, so data can’t be lost or tampered with.

“And the way that we know that this technology is taking over,” Teeka says, “is we gotta look at the growth. Over the last ten years the value held on the blockchains has grown from literally zero to as much as two trillion dollars. It’s the fastest aggregation of over a trillion dollars of value the world has ever seen. In any asset. No asset has acquired this much value this quickly. And the reason blockchains are thriving is because people have learned that our trust will always be abused in the traditional financial world.”

Whether that’s JPMorgan, HSBC, Credit Suite, Wells Fargo, Bank of America, you name it. When someone like this has access to your data, and billions of dollars are on the line, scandals are inevitable. The temptation is just too great to manipulate markets. Which is why just about every major financial institution in the world has been fined for manipulating, lying, and cheating. And, in the past, what other option did we have? None. So we had no choice but to continue using this flawed system.

But the blockchain-powered crypto revolution is our way out. A blockchain is a digital ledger, an accounting book. It keeps track of who owns what. But unlike a ledger held by a single bank or institution, with blockchain, an exact copy of this ledger is held by thousands of computers. And we call these computers that hold a copy of this ledger a node, a computer node. So like, the Bitcoin blockchain contains over ten thousand nodes. That means there are ten thousand exact copies of the Bitcoin ledger.

And that ledger keeps track of new coins that are issued, and the coins that have already been issued that are transferred from one owner to another. But why so many ledger copies, right? Isn’t that a little overkill? Sort of, but that’s by design. You see, in a normal “centralized” system, once a hacker’s in, they’re in. And now if they wanted to move a million dollars out of your account, they can. But on the blockchain, if someone tries to steal, let’s say, a million dollars worth of Ethereum from you, these thousands of ledgers all communicate with each other, and signal that something’s wrong here.

This all happens automatically and it’s decentralized. Again, no one person or company has control or power over this. And that’s a good thing, right, because power will always be abused when money’s on the line. “So what makes the blockchain so special, is you can see that it’s a self-policing network that, to date, in terms of the Bitcoin blockchain, no one’s been able to hack,” Teeka says. “Not even the United States government. The Feds offered a six hundred and fifty thousand dollar bounty for anyone who could hack the BTC blockchain, and no one has.”

Therefore, anyone who uses the blockchain can trust that anything that’s written on it, is accurate. There’s all these built-in incentives that A) protect it and B) make it valuable. Blockchains allow you to hold high-value data or high-value assets in a way that’s completely secure. Completely unlike any other technological solution that exists today. On top of that, they allow for so many other things to be added on: smart contracts, bankless money management, the ability to buy NFTs, and the list goes on.