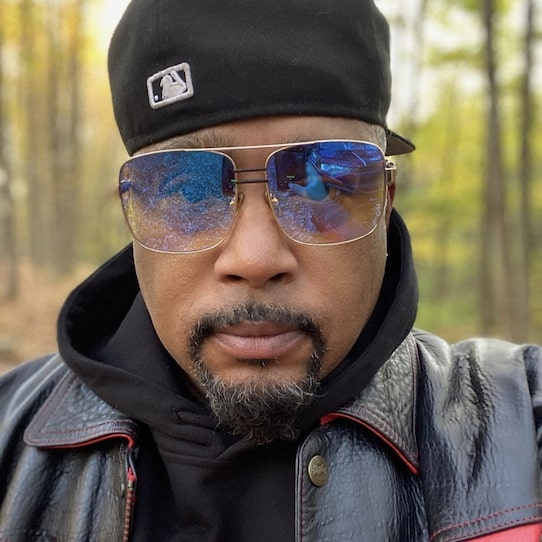 Daymond John is known as The People’s Shark. In a new ad for The Alpha Cut, he says he’s recruiting Americans who wanna be a part of something bigger than themselves. Something about joining forces with the nation’s top entrepreneurs to ignite a comeback. A movement that’ll spread from coast to coast, transforming every mainstream and every town. As you know, back in the ’90s, Daymond launched FUBU in his mom’s basement with $40.

He grew that brand into a $6 billion dollar empire, creating thousands of jobs in the process. You’ve seen him star on ABC’s hit show Shark Tank for 13 straight seasons. Daymond achieved the American dream and now he wants to pay it forward. How? Angel investing. Betting your money on startups, helping them get off the ground, and hopefully earning yourself a big fat return somewhere down the line. Daymond has teamed up with other heavy hitters in the angel investing space to bring you their 1,000X Formula.

Time and time again the angel investors feast on generational wealth opportunities, Daymond explains. So why isn’t your neighbor, second cousin or best friend doing it, right? Like why isn’t everyone an angel investor? For the longest time, you had to be well-connected, powerful, and have millions of dollars at your disposal. But the game has changed. Congress passed a bill and now just about anybody can get in on it, whether you know it or not. And you don’t need to write a check for seven figures, either.

“Today, just $50 can get someone in on the action,” Daymond says. “Even that little bit can go a long long way. When Bezos had that little idea called Amazon? Ya know, that startup, outta his garage? He had 22 angel investors backing him. By 2018, those shares would’ve been up 14 million percent. If somebody was given the chance to toss just $50 into Amazon, as a startup, they would’ve had more than $7 million dollars; $500 would’ve landed them over $70 million dollars.”

That said, any investment can lose you money. Which is why Daymond says you should never bet the whole farm on a single startup. Say you have $500 to invest. Cool, split that up into 10 separate deals. If you do this right, study after study reveals you could absolutely destroy stock market returns. In fact, research shows that for every $1 a stock investor profits, an angel investor could’ve made $1,650 back. But how do you get your money into the next Uber or Airbnb or SpaceX, right? That’s the million dollar question.

It’s called deal flow. And, traditionally, venture capital (VC) firms gobble up all the good ones. Unless, of course, you happen to know someone who’s also got access to the most promising startups. Which is where uncle Daymond comes in. He and his inner circle not only have deal flow, but they’re screening each startup with their 1,000X Formula, looking for the right idea, at the right time, with the right team in place. Bird electric scooters and bikes, pre-pandemic, for example. That company’s worth billions today.

So yeah, Daymond and company will hand-pick potential unicorns (aka companies that reach a valuation of $1 billion before going public). And they’ll only pass along the ones who’re gonna use your investment to create new jobs. If you like what you see, you can become an angel investor in those startups. It’s all possible through their Angels + Entrepreneurs network. It’s sorta like you’re a shark on Shark Tank, but all you gotta do is log in from home, listen to the pitches, and decide if you wanna invest or not. Cost to access is $199. Kinda cool but kinda corny when you look at the sales page.