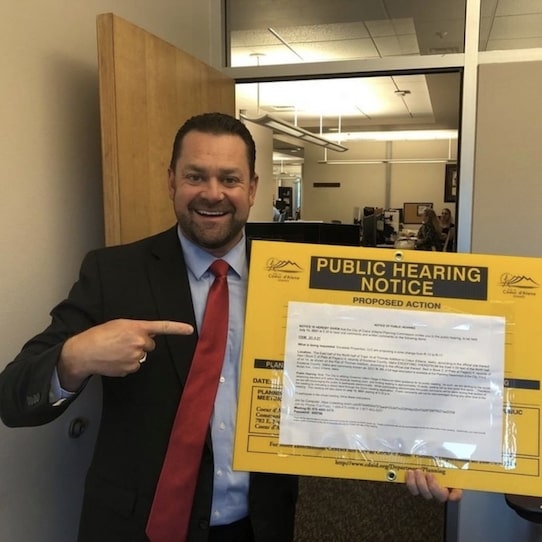 Lee Arnold has another passive income opportunity for you. It’s called The Capital Syndicate. Something about a closed-door group of everyday Americans siphoning profits from the $71.6 billion private lending industry. And you can join them. And you should have your first check in 45 days or less. No license, credit, or experience required. “Imagine,” Lee pitches, “no boss hanging over your head, no long days breaking your back for a paltry paycheck.”

“Knowing you’ve got a reliable process,” he continues, “that’s always working in the background to make you rich. That’s the jackpot. And today, I’m gonna serve it to you on a silver platter, by showing you a foolproof, almost completely automated side hustle that could easily replace your full-time income by this time next month. It’s got the potential to have you out-earning most doctors and lawyers, and yet it’s the easiest money you’ll ever come across. Takes just a few hours a week, in your spare time.”

“As I said, it required no previous skills or education and it can be done from anywhere you have an internet connection. I’m not messing around here. Do this and your average payday will be $3,662, and you could get paid as often as every 3–4 days. That’s 6-figures per year, easily! Without working yourself ragged for a boss that hands you a 2% raise every few years and expects you to be grateful for it. And without missing out on life because you don’t have the time or the energy to do anything else.”

“And you won’t have to pinch pennies and deal with the constant bellyache of living paycheck to paycheck. Look, I know you’ve seen all the options that promise a high-paying, low effort, remote way of making a living. Like day trading, stocks, bonds, or starting an online business, or dropshipping, or selling products and services for somebody else, or even building a digital agency. This is so much better than any of that. No learning curve. Takes just a few weeks to take off. Doesn’t matter your age or background.”

It’s not a fad, either, Lee assures us. In fact, it’s stuffed his pockets full of cash, month after month, year after year, for more than two decades now. It’s always in demand, which makes it recession-proof. And Lee’s taught hundreds of average folks, just like you, how to tap into this same mysterious money machine. Including a 72-year-old grandma named Sheila, who thought it was too late to get ahead, but now ole Sheila’s laughing all the way to the bank before heading to Bingo. If Lee is to be believed, anyway.

Apparently, it’s as easy as sending out a few emails, making some phone calls, and collecting a few documents. All right Lee, you’ve got us all buttered up, just get to the damn point. What is it? He says it’s in the real estate niche, but it’s not what you’re thinking. You won’t be wholesaling or doing fix-‘n’-flips. Nope, that stuff’s hard and competitive and expensive and risky. Lee’s system taps into an unknown but very lucrative corner of the real estate industry: private lending. Helping investors get access to money.

Lee wants you to pay him to show you the ropes and provide you with the tools, resources, scripts, legal documents, and his own rolodex of private lenders. Which I’m fine with. If that’s all The Capital Syndicate was. But the thing is, Lee’s gonna make even more money on the back-end, through his company Cogo Capital, once you start referring borrowers. So it’s like you’re paying Lee to go work for him. And the way he’s marketing this makes me sick to my stomach. I mean, that was bad. Like borderline con man bad.