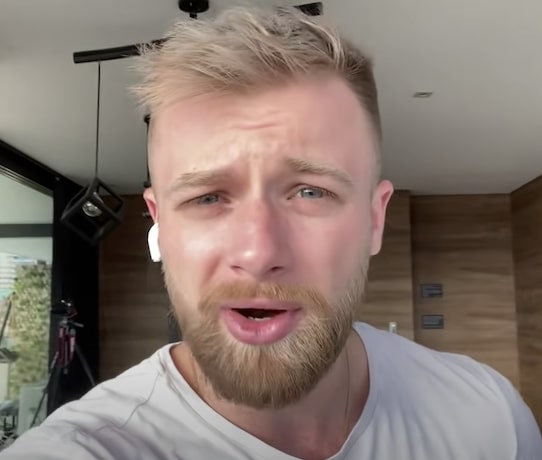 Andrew James just popped up in a YouTube ad. If you’ve been researching ClickBank or drop shipping or any other way to make money online, he says, you’re probably thinking, c’mon, is this for real? You see these dudes standing in front of their Lamborghinis, talking about getting rich overnight. They’re all weirdos, he laughs. Four years ago when he dropped out of school and began researching internet businesses, he felt the same way. He was inundated with simple systems and secret hacks and didn’t know if any of it was legit.

Andrew saw the result, he saw the gurus living how he wanted to live, but he didn’t want to do what they were doing to achieve it. He wasn’t willing to sell his soul and become a fellow weirdo. “I really didn’t want to sacrifice my morals or my values just to get the result,” he said. “And chances are, you probably don’t either. But the sad reality is a lot of the courses online today are not really built on ethical morals.”

Instead, the focus is on making money fast. There’s not much emphasis on creating value. Source some crappy product from China, mark it up ten X, list it on Amazon, and start making sales. Who cares if the product arrives three weeks later, broken, right? As long as you get yours, that’s all that matters. The man has a point. I’ve done hundreds of reviews and hardly ever does the course creator mention anything about the customer or client.

Andrew wanted to earn a living on the internet without spamming or manipulating people into buying worthless products and programs. His goal was to make enough to be able to travel, to experience more of this amazing world with the people he loved most. After trying network marketing, creating his own info products, and even starting a digital marketing agency, he saw an ad by a guy named Adam who was raving about affiliate marketing.

“And eventually I saw this guy Adam’s webinar and he talked about how you could sell other people’s products,” Andrew recalled. “And not only other people’s products, but their high ticket products. Meaning that the average commission per sale was between five hundred and two thousand dollars per sale.” For Andrew, it was a light bulb moment. To think he could make that much just from referring one customer? Count me in, he thought to himself.

It opened up a whole new world of opportunity. Andrew could go out and find sellers of these high ticket products, products he could feel good about promoting, and build a lifestyle business around it. So that’s what he did. And, over the years, he fine-tuned his approach. He went on to launch his company, Oasis, to create an ecosystem where marketers, sales reps, and course creators could form synergistic partnerships using this very model.

Andrew and his business partner, Stephen Esposito, call it The Golden Link business. “Essentially, The Golden Link is the link in any industry that allows you to make the most amount of money with the least amount of effort,” he explained. “And again, it’s not get rich quick, it’s not push some buttons and you magically make money. However, the way it’s designed, it’s very beautiful, it’s a very leveraged, scalable model. It has very little overhead. You can take it with you and do it from anywhere in the world.” Andrew does not say how much it costs to join. Some speculate five- to ten K.