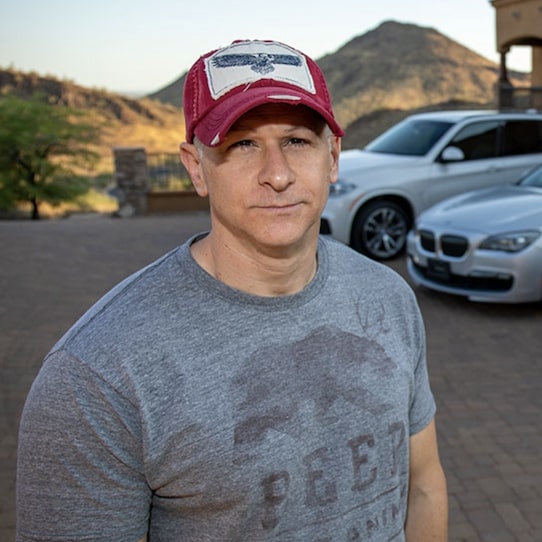 Don Kaufman says he’s a multimillionaire trading expert. “A hundred and nine trades, and a hundred and five wins,” he boasts in a pitch video for The Great American Income Project. “And it’s all documented in beautiful black and white. My secret is this unique income signal, or what I’ve come to call, Ultima Spike. And I’m about to tell you what it is, how to spot it, and how to act upon it.” Read on for my TheoTrade review.

Once you figure out Don’s formula, you can rinse and repeat as often as you’d like. That way, you always have the money you need to do everything you want to do. Don calls the Ultima Spike signal the ultimate game-changer because it gives you repeat chances to make income on demand. And it doesn’t matter if you’re brand new to trading or a grizzled veteran. Most shocking of all? Trades based on the Ultimate Spike win ninety percent of the time, if not more. Skeptical? Me too.

Even if this was possible, why would Don be sharing this with us, right? “Because I don’t come from money,” he explains. “I used to work as a technician at an animal care clinic. And I’m sick of watching so many people get stuck on the wrong side of America’s catastrophic income gap. Fact is, trading can radically transform your life, just like it’s transformed mine. And I want more people to know that there’s a better life out there waiting for them. But no one else can teach you this.”

“This is the culmination of my twenty-plus-year trading career. I’ve been searching for this income signal for decades, and now that I’ve finally found it? I want you to know about it. So go ahead, join me for The Great American Income Project, and then start imagining how your life could change if you placed a hundred and nine trades and you won a hundred and five of them! What you’re about to learn could reshape your financial destiny and help you leave a legacy that lasts forever.”

Don’s Great American Income Project leads to one of the hypiest presentations I’ve sat through in a while. The Ultima Income Generator gives you access to an elite group of folks dedicated to changing their lives for the better by creating income on demand. Don’s Ultima Alerts could allow you to collect up to forty-two hundred dollars in just three days, regardless of market conditions or whether you can tell a stock from a bond. You’ll get three new live trades each week, in real-time, as soon as Don finds them.

These are the same trades that made Don a multimillionaire. Again, ninety percent or more will be winners, each with double or triple digit income potential. You’ll get Don’s Ultima Income Generator 101 course, a cheat sheet that reveals the seven “must-haves” of every single trade you make, access to the TheoTrade members area (which has all of Don’s old courses), a link to a live trade room with help available six hours a day, email support, and a few other bonuses.

Ultima Trades: The Great American Income Project costs two hundred and ninety-seven dollars. If you can’t afford that, you can break it up into two or three installments. There’s a ninety day money-back guarantee, which is the only thing I like about this offer. Put it this way, if a secret signal existed that produced ninety-plus-percent win rates, regardless of skill level or market conditions, Don here would be the richest person in the world. And he’s not. So there’s that. And yeah, just too many red flags for me.